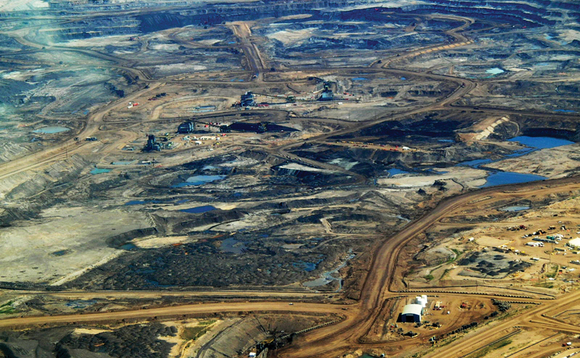 Net-zero commitments may have ricocheted across banking sector over the last 18 months, but big banks’ attestations of climate concern did not stop many from expanding financing for the world’s top fossil fuel firms during the pandemic year.

That is according to the latest edition of the Rainforest Action Network’s annual fossil fuel financing tracker, which reveals that while fossil fuel financing dropped by a record 9 percent during the pandemic-induced economic recession of 2020, the world’s top banks ramped up financing for the 100 largest fossil fuel expansion firms by 10 percent.

The green groups behind the report have warned of an “alarming disconnect” between the global scientific consensus on climate change and the ongoing practices of the world’s leading banks. The analysis, “Banking on Climate Chaos 2021,” underscores that while overall fossil fuel financing did tumble significantly in 2020, the total amount of financing provided to fossil fuel firms in 2020 was still more than $40 billion higher in 2020 than in 2016, at $750 billion.

“Despite this significant drop from 2019 to 2020, the overall trend of the last five years is one heading definitively in the wrong direction,” the report states. Overall, the world’s leading banks have channelled $3.8 trillion to coal, oil and gas companies in the five years since the Paris Agreement was signed, it calculates.

Lower levels of lending and debt underwriting to fossil fuel firms in 2020 were largely due to COVID-19 economic recession and not because banks are proactively distancing themselves from fossil fuels, according to the report. A separate score card ranking the banking sector’s climate policy commitments concludes that across the board, climate policies are “grossly insufficient” and out of alignment with global climate goals, with not a single bank surveyed racking up more than 94 points out of a total of 200. The overwhelming majority of fossil fuel financing goes unchecked by banks’ policies, it warns, given that climate pledges unveiled to date tend to focus on project-specific finance, which represents a mere 5 percent of all fossil fuel financing handed out by banks.

Furthermore, the report underscores that more fossil fuel financing took place January through June than any six-month period since 2016, as large corporations around the world capitalized on low interest rates and central bank bond-buying programs to load up on cheap debt. This binge then was offset by record low financing in the second half of the year, it notes, leading to an overall fall of financing of 9 percent.

Ginger Cassady, executive director of the Rainforest Action Network, one of the groups behind the analysis, said the banking sector faced a “stark choice” as it plotted its strategy for steering a global recovery from the coronavirus crisis.

“The unprecedented COVID-19 dip in global financing for fossil fuels offers the world’s largest banks a stark choice point going forward,” she said. “They can decide to lock in the downward trajectory of support for the primary industry driving the climate crisis or they can recklessly snap back to business as usual as the economy recovers.”

The report reveals that U.S. banks continue to be the largest drivers of global emissions, with JP Morgan Chase retaining its position as the world’s largest fossil fuel funder. U.K. bank Barclays is singled out as being the most prolific fossil fuel funder in Europe over the five-year period surveyed, with the analysis highlighting it increased fracking financing by 24 percent in 2020. Meanwhile, BNP Paribas shot up the scoreboard after increasing its financing to fossil fuel companies by 41 percent in 2020 to $41 billion, making it the fourth worst financer of fossil fuels in 2020.

The analysis is the latest in a long line of reports led by the Rainforest Action Network which hammer home the banking sector’s deep ties with the fossil fuel industries fueling the climate emergency, but this year’s edition is somewhat more poignant. The past 12 months have been a calamitous period for the fossil fuel industry amid shrinking demand for oil and gas and depressed prices during the pandemic, and it is against this backdrop the banking sector finally has acknowledged the critical role it must play in ensuring that global temperature increases are capped at safe levels by ending its support of environmentally destructive sectors.

“Net-zero financed emissions” pledges have swept the banking sector since January 2020, with the U.K.’s largest fossil fuel financiers — Barclays and HSBC — and many of the largest U.S. investment banks — Goldman Sachs, Citi Group, Wells Fargo, Bank of America and Morgan Stanley — all vowing to align their lending and debt with global climate goals over the coming 30 years. And yet, even as these pledges were made, investment in fossil fuel infrastructure has continue to flow largely unimpeded. Beyond a welcome tightening of lending policies to coal and tar sand firms, many of the world’s largest financiers have failed to translate their net-zero pledges into a meaningful shift in their investment activities.

Banks can decide to lock in the downward trajectory of support for the primary industry driving the climate crisis or they can recklessly snap back to business as usual as the economy recovers.

As such, the green organizations behind the report have touted the latest findings as evidence of the “hollowness” of the wave of net-zero targets unveiled by the banking sector and have urged companies to match their 2050 goals with short term pledges to rapidly phase out financing for all fossil fuel infrastructure, including oil and gas projects. Policies are required to “lock in” the fossil fuel declines of 2020 and thus steer a managed decline of fossil fuel production over the coming decade, they warn.

“Many of the world’s largest banks, including all six major U.S. banks, have made splashy commitments in recent months to zero-out the climate impact of their financing over the next 30 years,” said Ben Cushing, financial advocacy campaign manager at the Sierra Club. “But what matters most is what they are doing now, and the numbers don’t lie. This report separates words from actions, and the picture it paints is alarming: Major banks around the world, led by U.S. banks in particular, are fueling climate chaos by dumping trillions of dollars into the fossil fuels that are causing the crisis.”

Lucie Pinson, founder and executive director of Reclaim Finance, said the numbers exposed “the hollowness of banks’ ever-multiplying commitments” to be net-zero or align with global climate targets. “BNP Paribas merits singling out as the world’s fourth-largest fossil financier in 2020, having funneled multi-billion-dollar loans to oil giants like BP and Total,” she said. “Nonetheless, it’s clear that all banks need to replace empty promises with meaningful policies enacting zero tolerance for fossil fuel developers.”

The banking sector maintains that serious change is afoot, pointing to much more stringent lending policies for coal firms and the on-going development of new guidelines and policies that it is hoped will decarbonize their portfolios over the next three decades. They insist it will take time to shift investment practices in a way that delivers a managed transition for businesses and investors alike. Approached to comment on the report, spokespeople from Barclays and HSBC pointed to their respective 2050 net-zero commitments, despite the two banks being ranked the seventh and 13th largest most prolific fossil fuel lenders globally since 2016 by today’s report, having funneled $145 billion and $111 billion into coal, oil and gas, respectively.

The banking sector maintains that serious change is afoot.

“HSBC has announced it will propose a special resolution on climate change at its AGM in May which will set out the next phase of HSBC’s strategy to support its customers on the transition to net-zero carbon emissions,” the HSBC spokesperson said. “This includes to publish and implement a policy to phase out the financing of coal-fired power and thermal coal mining by 2030 in markets in the European Union and OECD, and by 2040 in other markets.”

“We have made a commitment to align our entire financing portfolio to the goals of the Paris Agreement, with specific targets and transparent reporting, on the way to achieving our ambition to be a net-zero bank by 2050,” the Barclays spokesperson said. “We believe that Barclays can make a real contribution to tackling climate change and help accelerate the transition to a low-carbon economy.”

JP Morgan Chase declined to comment on the findings, and BNP Paribas and CitiGroup did not respond for a request for comment at the time of going to press.

While it is clear the banking sector has reached a turning point on sustainability over the last 12 to 18 months, today’s report provides compelling evidence that net-zero pledges need to be swiftly backed up by credible strategies that will quickly wind down bank’s exposure to fossil fuel assets and ramp up their support for clean infrastructure. Promises to establish climate-responsible investment portfolio in 30 years’ time are clearly meaningless if banks continue to channel hundreds of billions of dollars into the industries that are locking in several more decades of carbon intensive infrastructure.

And yet, today’s report comes within hours of the U.K. government demonstrating how ministers are wrestling with precisely the same tensions, as they both talked up plans to slash emissions form the oil and gas industry and left the door open for new exploration in the North Sea. As the global economy rebounds from the pandemic, all eyes will be on whether major banks and governments finally can match their rhetoric on climate action with a managed decline of fossil fuel financing.