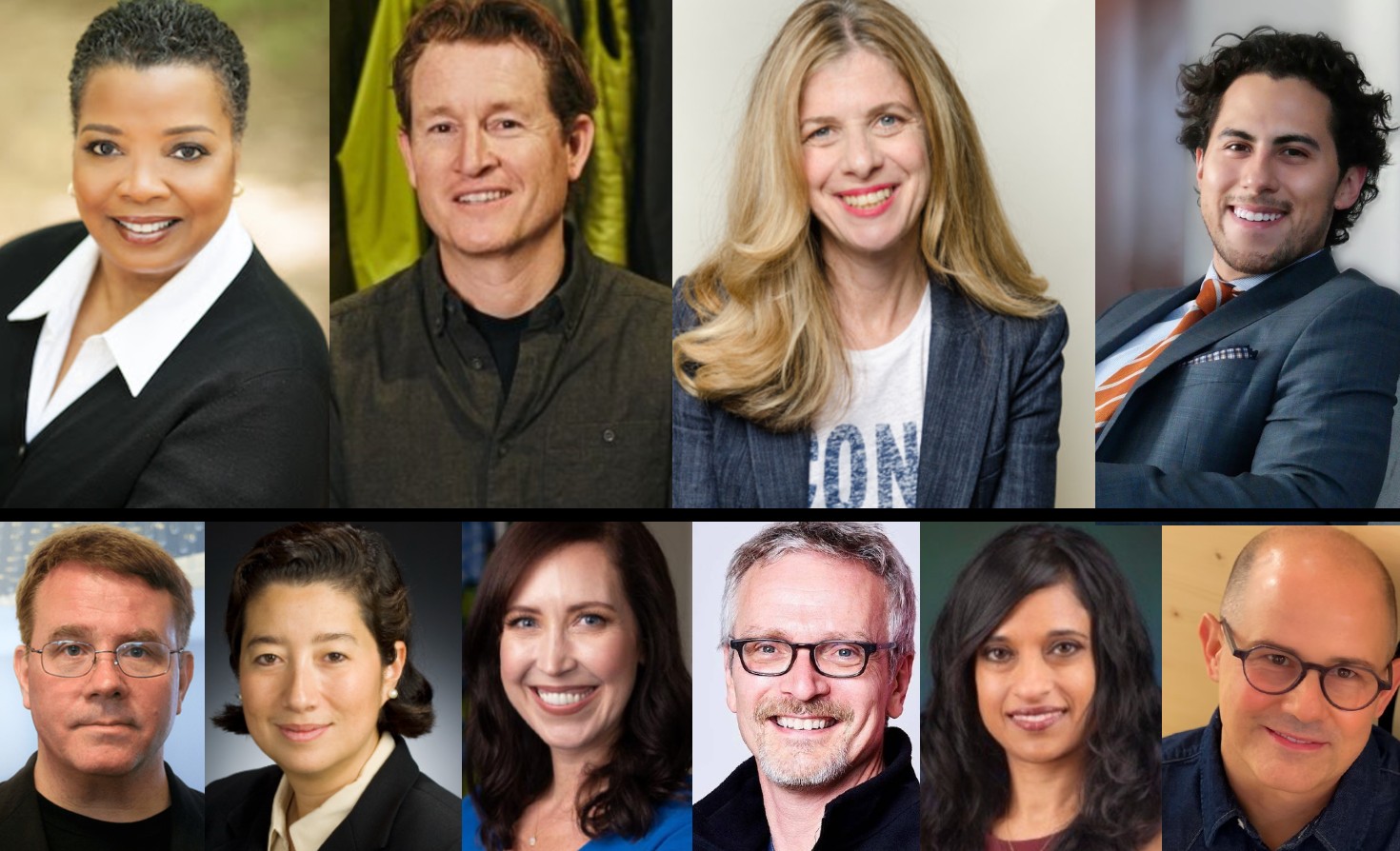 Heading into fall, this batch of career updates from the worlds of sustainability and business is somewhat top-heavy. It’s not necessarily that the game of musical chairs has intensified in the C-suite, but you’ll note major executive moves at big apparel, food, energy, finance and technology corporations, some of which have enlisted a chief sustainability officer (CSO) or equivalent for the first time. Amid myriad social, health and political crises, business sustainability is alive and well and living the Paris Agreement.

McDonald’s has formed a Global Impact Team to be overseen by EVP and Global Impact Officer Katie Beirne Fallon, who is departing Hilton Worldwide as EVP and head of corporate affairs. Fallon served President Barack Obama as director of legislative affairs and senior advisor.

At Ventura, California-based Patagonia, Ryan Gellert is stepping into the shoes of longtime CEO Rose Marcario, who departed in June after leaving a high water mark for corporate activism. He’s at the helm of Patagonia Works, the parent company. From Amsterdam, Gellert oversaw the company in Europe, Africa and the Middle East for nearly six years, working before that at outdoor gear maker Black Diamond. That brings former VP Jenna Johnson up to CEO of Patagonia, Inc. Lisa Williams, former chief product officer, becomes head of innovation, design and merchandising.

HP Inc. has a new chief sustainability and social impact officer, Ellen Jackowski, who has led there for 12 years as global head of sustainability strategy and innovation.

Jeffrey Hogue is slipping into the CSO role at Levi Strauss, moving from the same role at C&A, where he was involved with the launch of the world’s first Cradle to Cradle T-shirt. In addition to his circular economy efforts in apparel, he has been McDonald’s senior director of global CSR. Meanwhile, Michael Kobori left Levi Strauss at the start of the year to become CSO at Starbucks.

Katherine Neebe is the new president of the Duke Energy Foundation, as well as CSO and VP of national engagement and strategy at Duke Energy Corporation. Prior to this, she led ESG and sustainability stakeholder engagement at Walmart, after having spent six years with WWF on a partnership with Coca-Cola. Jeanne-Mey Sun is NRG Energy’s new CSO, joining from Baker Hughes, where she led the oil field services company’s clean energy transition strategy.

Applied Materials hired Chris Librie as director of ESG, corporate sustainability and reporting. He held the same title at Samsung Semiconductor, after leading ESG and sustainability at eBay and HP Inc.

Chantelle Ludski is serving as the North America and Asia Pacific COO for the Anthesis Group sustainability consultancy. Previously she served as chief administrative officer for the Americas at Renewable Energy Systems, and global chief risk officer at engineering consultancy Arcadis.

Richard Threlfall, a 17-year veteran of the Big Four firm KPMG, is now global head of KPMG IMPACT in addition to partner and head of infrastructure.

Edelman named Heidi DuBois as special ESG adviser, coming from the Society for Corporate Governance via BNY Mellon and PepsiCo.

Former CEO of the Tides Foundation Kriss Deiglmeier just made a move to become chief of social impact at Splunk for Good, billed as a “data for everything” platform.

BNP Paribas is enlisting Christina Cho, in her 13th year at the bank, as co-head with Anne van Riel of Sustainable Finance Capital Markets Americas.

The Institute for Sustainable Communities, which advances equitable community solutions to climate change, has appointed Deeohn Ferris as president and CEO. The environmental lawyer leaves the Audubon Society, where she was VP of equity, diversity and inclusion.

Cortney Worrall is the new president and CEO of the nonprofit Waterfront Alliance, which pushes for resilience along the New York and New Jersey coasts. She comes to the organization as former National Parks Conservation Association northeast regional director.

The American Council for an Energy Efficient Economy (ACEEE) brought on Nora Wang Esram from the Pacific Northwest Laboratory as senior director for research, and promoted Lauren Ross to senior director for policy from local policy director. The roles were previously held by Neal Elliott, now director emeritus, and Maggie Molina, who joined the U.S. Environmental Protection Agency as a branch chief.

The Walton Family Foundation named its new environment program director, Moira Mcdonald, a freshwater conservation program officer there for a decade. She spent 12 years as a senior advisor with the National Fish and Wildlife Foundation.

Jenna Jambeck, known for advancing an understanding of marine plastic waste, has been named Georgia Athletic Association Distinguished Professor in Environmental Engineering at the University of Georgia. She’s associate director of the university’s New Materials Institute and directs its Center for Circular Materials Management. Pax Momentum startup accelerator brought on Senseware co-founder and CEO Serene Al-Momen as a professor.

Radha Friedman is now a senior adviser with the Uplift Agency, a woman-led social impact agency specializing in marginalized populations. She brings experience as a former Weber Shandwick VP of social impact and director of programs at the World Justice Project.

Clare Castleman, a 2018 GreenBiz 30U30 honore, formerly of Eaton, has moved up at Self-Help Credit Union to small business support associate from clean energy intern.

General Mills Foundation Executive Director Nicola Dixon is ReFED’s new board chair, succeeding co-founder Jesse Fink, who remains on the board. Stacey Greene-Koehnke, COO at the Atlanta Community Food Bank, also joined the board of the food waste think tank, while Circularity Capital Founder and CEO Rob Kaplan, moving to Singapore, has left.

All in the GreenBiz family