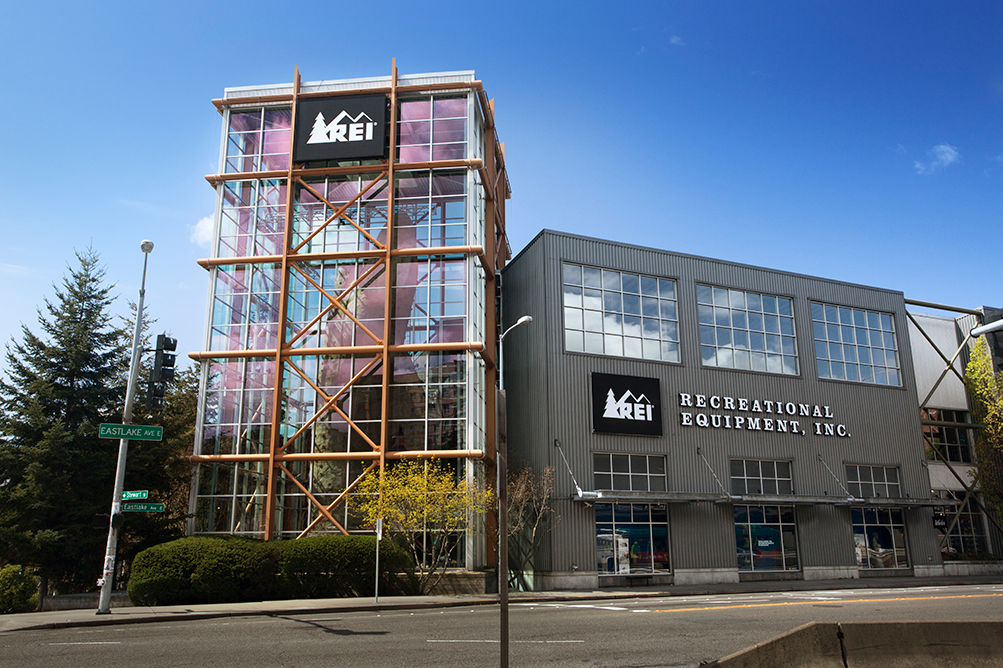 Outdoor recreation retail co-op REI is asking its suppliers to double down on their climate strategies and social justice policies, and will require all existing partners to share their climate action plans by the end of this year.

The expectations were included in the impact report REI released today along with the company’s 2020 financials. In it, the outdoor recreation retail co-op shared that it reached $2.75 billion in revenue in 2020 and highlights other wins from the year that was, including details of the organization’s climate strategy.

Included in the report is an overview of how REI has been implementing circular business model practices for years now, offering re-commerce and gear repair as ways to extend the life of products. In 2020, it tested a retail format with a pilot of two standalone used gear pop-up stores in Manhattan Beach, California, and Conshohocken, Pennsylvania, according to the report.

“REI, as a company, we believe that this broader kind of shift to a more circular economy is something that the world is really going to have to do over the next 10 years,” said Ken Voeller, director of circular commerce and new business development at REI, during GreenBiz 21 earlier this year.

As a retailer that sells over 10,000 products in its 168 stores, REI believes it has an opportunity to push the ball forward more quickly when it comes to the issues it is trying to address like climate and racial equity.

That’s where its Product Impact Standards, a set of expectations for the brands REI sells in its stores, come in. While the standards were updated in December 2020 and first launched in 2018, REI is now working to ensure that all products in REI stores adhere to the standards. To do that, it is working with its more than 1,000 vendors to meet the standards’ respective deadlines.

“By providing a comprehensive framework for base-level brand expectations and aspirational preferred attributes, REI’s sustainability standards have encouraged us, and others who are just as dedicated to elevating sustainability, to step up our efforts,” Mark Galbraith, vice president of product at Osprey, told Outside Business Journal back in December.

The list includes both required expectations and voluntary preferred attributes, which are more rigorous than the former.

For example, when it comes to REI’s standard related to fair and safe supply chains, the expectation is for brands to have a manufacturing code of conduct in place “that outlines the social and environmental standards to be upheld within their supply chain.” REI further prefers that suppliers use the Fair Trade USA, Fairtrade International or Fair for Life certification for their products.

The standards are part of a holistic approach to ensure that every purchase at REI supports better ways of doing business, according to the company, which has set a 2030 goal for 100 percent of the products it sells to have a preferred attribute. The standards cover a wide swath of operational concerns. There’s the fair and safe supply chains, which was mentioned earlier, along with chemicals management, animal welfare, diversity and inclusion, and climate and environmental stewardship.

“What you see across the co-op is this real redoubling of our efforts, particularly around climate and racial equity,” said Matthew Thurston, director of sustainability at REI. “And we just simply feel that those are the two most important pressing existential challenges that the industry is facing.”

One recent addition to REI’s Product Impact Standards is the requirement for partner companies to have an action plan for measuring their annual carbon footprint and reducing their carbon emissions in alignment with the recommendations of the United Nations and the Intergovernmental Panel on Climate Change (IPCC). Existing partners have until  the end of 2021 to share their action plan; new partners will have 18 months from REI’s first purchase order.

“What you’ll continue to see us doing is really finding ways to lock arms with our partners who are really leaders in this space,” Thurston said. “[We] serve almost as the connective tissue to then lock arms with those who want to be part of that work and want to find ways to accelerate or catalyze their own sustainability journey and to move forward.”

Related to the issue of diversity and inclusion, REI expects that all products marketed as “nude” be available in a range of tones and that brands establish creative controls that prevent cultural appropriation, which is when a person — or in this case, companies — adopts aspects of a culture that they don’t belong to.

“I think this is really important because I’ve seen a lot of companies take Indigenous art, and put it on their product, and it’s not cited or … the artist isn’t compensated,” said Victoria Rodríguez, outings leader at Latino Outdoors (LO), a Latinx-led organization that has been working since 2013 to create a national community of leaders in conservation and outdoor education. “I think that’s just such a big injustice, so the fact that [REI is] actually looking at that and making that a standard is something else that really excites me.”

In the process of updating its standards, REI consulted with more than a dozen nonprofits, advocates and ambassadors from across the outdoor industry and community, including LO, Venture Out and Minority Veterans of America.

“I think [engaging with communities] is going to bring more power to these companies, in terms of reaching a wider demographic of folks,” Rodríguez said.

“I do think it’s really important for them to be able to speak to us,” Rodríguez continued, noting that companies should also have people of color on staff.

REI merchants use the standards to help them make purchasing decisions.

“How those brands are showing up in terms of leadership in these spaces is really one of the factors in determining which brands we’re looking to really cultivate, to grow to partner with long term, which ones we may need to have some conversations with around seeing progression in areas where there are gaps,” Thurston said.

He also noted that the standards help REI hold itself accountable to its own goals and commitments, “and that we have the data, the metrics to prove that we’re actually having an impact on the broader industry.”

One of the other standards Rodriguez said she is excited about is one related to inclusive marketing. By the end of this year, REI expects each of its brand partners to have guidelines in place that “ensure diverse and inclusive representation across race, age, gender identity/expression, body size and disability,” according to the standards document. Additionally it expects for the photography that the companies provide to REI meet these standards.

“If I had seen that as a kid, I probably would have been involved in snow sports much sooner in my life. And I think it also empowers just everyone at a younger age to be able to see themselves as you know as a hiker, as an outdoors mountaineering person, as a snowboarder, as a skier,” said Rodríguez, who has a marketing background. “I think once we see ourselves in those positions, you’ll have more diversity in that area.”