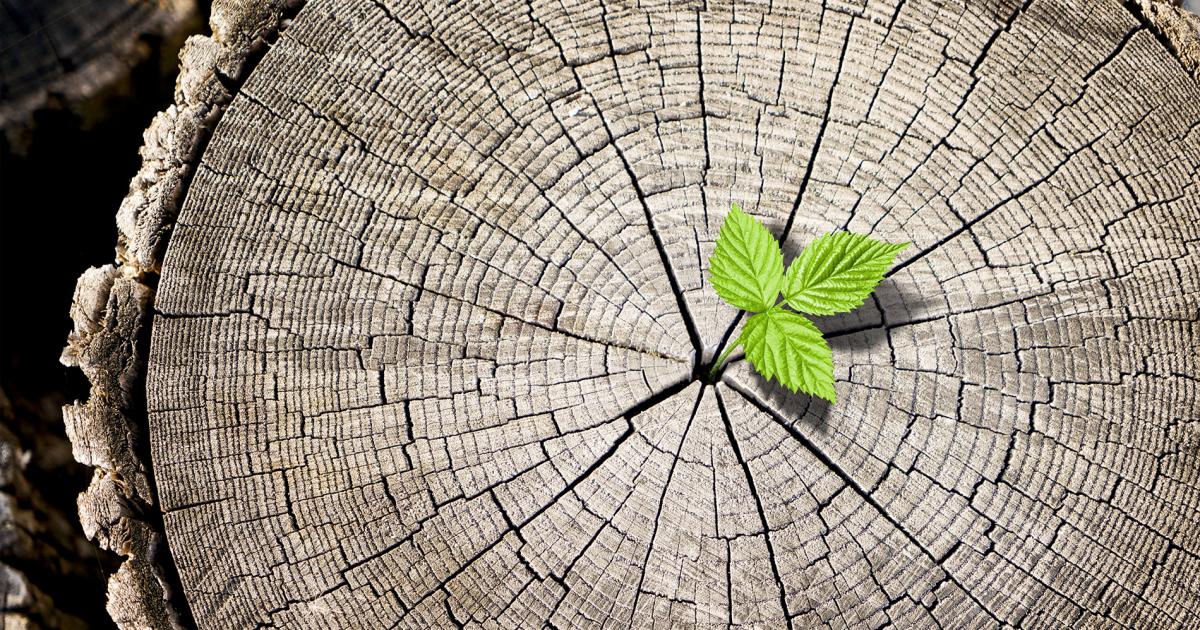 In looking across the broad array of business, environmental, social, technological and political topics that cross my screen and engage me in daily conversation, there is a temptation to allocate a growing share of mind for pessimism. Post-pandemic disruptions, plummeting biodiversity, rising carbon dioxide concentrations, corporate executives largely ignorant of how to integrate sustainability into business planning, net-zero greenwashing, intensifying white nationalism, expanding voter suppression and dysfunctional politics at all levels of government are some reasons to metaphorically slit one’s wrists.

Roman Krznaric’s book “The Good Ancestor” is an important antidote to redirect our thinking away from apathy and fear. He argues persuasively that, in addition to large-scale, self-inflicted wounds, humanity’s “capacity to think and plan over long timespans is wired into our brains and has enabled monumental feats.” For the future, there are emerging innovations and resilience lifelines that can transcend the limits of politics and short-term thinking to create better choices over a span of the next several decades.

The present moment presents an extraordinary opportunity for public engagement around a different agenda for the future.

Several transformational developments are in progress and acquiring increased focus and momentum. Here are four:

Driven by such factors as urbanization, more educated women with access to contraception, and the intensified burden and anxieties of raising children, global population is expected to peak at 9.7 billion around midcentury, decades earlier than pre-pandemic forecasts of 11 billion people by 2100, according to the United Nations.

On balance, this presents more good news than bad, but this development will prove highly disruptive as even fewer young people will finance the pensions of the retired. There will be critical skill shortages in key professions, fewer consumers will drive future growth and social interactions and culture will be experienced very differently.

On the plus side, the demands upon nature can be reduced for water resources, energy, crop and meat production, forests and soils, and critical materials. If planned wisely, population decline could, in the words of British conservationist David Attenborough, provide an opportunity to “rewild” nature by relieving major stress points upon critical ecosystems and species that could enable a gradual regeneration of biodiversity.

A large and globally impactful number of innovations are coming into play just in the nick of time. They include lower-cost solar and wind energy that can back out fossil fuels for electricity generation and transportation; digital technologies that enable “smart” systems to track, trace and manage energy efficiencies in buildings; reducing food waste; protecting critical fish stocks from overfishing; and new generations of materials not extracted from hydrocarbons.

Historically, the private sector invested in research and development to produce world-changing innovations. This model has been dramatically upended in recent decades as C-suites — driven by short-term shareholder value, share buybacks, cost cutting of research and people, and a reckless bonus culture (awarding lavish bonuses even when enterprises fail to meet their goals) — emphasized financial metrics more than actual production of innovative goods and services.

Fortunately, large-scale spending by national governments in basic research — which in decades past birthed the Internet, GPS, touchscreens, the components of Google’s algorithms and miniaturization of components for iPhones — has yielded a new harvest of technologies for our use. These include genetic research to develop pandemic fighting pharmaceuticals; commercial-scale applications of solar and wind technologies; and rapidly advancing progress in battery efficiencies.

Emerging over the horizon are an array of hydrogen-based fuel applications (the Biden infrastructure plan contains a number of financial inducements for building a hydrogen economy); non-fossil-fuel energy sources for plastics production; natural and laboratory-based decarbonized food products; and improved options for storage from renewable energy technologies. Accelerating climate change will keep the federal research and development spigot open.

Economists began as social scientists with an inferiority complex and later rebranded themselves as scientific professionals using quantitative tools with exceptional loopholes. These loopholes, more representative of ideology than data, asserted the existence of a “rational economic man” who assumed no interferences (distortions from monopolies, imperfect information) in making an economically rational choice; believed in a Gross Domestic Product without accounting for negative externalities or positive value from government activities; proclaimed (against much contrary legal and historical evidence) that shareholder value was the raison d’être of the corporation; and conflated the measurement of price at the point of sale with the concept of value, while diminishing the value inputs of workers, raw materials and other means of production.

These developments set the stage for an even bolder and brassier group: financial analysts and asset managers who ran at Olympic speed with the concept of shareholder value and inverted it to largely mean only value for shareholders. Armed with metrics aimed at de-risking investments (in the short run), they persuaded stock markets, CEOs, securities regulators and investors that offloading workers, globalizing supply chains and defining value in the narrowest of financial terms justified creating the Golden Calf for economic management — but especially for aspiring multi-millionaires, bonus-hungry executives and management fee devouring money managers.

Amidst the rubble of growing social inequality, successive financial crises and the emergence of populist politics has emerged an increasingly louder debate over whether such financialization of the economy is a value creator or value extractor. Nobel Laureate Elinor Ostrom, Marianna Mazzucato, Kate Raworth, Rebecca Henderson, Timothy Wu and former Washington Post columnist Steven Pearlstein are among a growing chorus of economists and business analysts laying the foundation for an updated theory of value. Their proposals include: organizing greater public and private sector collaboration in financing and commercializing innovation; using discount rates that don’t devalue the future; implementing more vigorous anti-trust policy; and including human and natural capital in accounting methods for calculating value.

In Mazzucato’s words, this amounts to correcting “the way in which risks in the innovation economy are socialized while the rewards are privatized.” The rebels have not captured The Citadel, but strong economic and societal winds are pushing them forward.

4. Science is on the comeback trail

After waging several decades of intensifying guerrilla warfare against the scientific method, peer review and the authority of those professionally trained to offer expert judgments on what ails us, the alt-fact Visigoths have experienced some significant defeats. These include public acceptance of medical professionals’ advice on getting vaccinations, masking and social distancing; widespread support for taking a broad variety of actions on global climate change; and a growing commitment to accelerate the use of science to shine a light on the racism stemming from disproportionate pollution exposures among minorities and lower-income populations.

Momentum towards these and other outcomes are measured through expanding budgets for research and personnel at key agencies — the National Institutes of Health, National Science Foundation, Department of Energy and others — as well as the rebuilding of public health infrastructure at the state and local levels and adoption of public policies that favor the use of evidence-based decisions.

What must also move forward is a commitment from scientists to better engage the public. Publications in peer-reviewed journals and interactions among scientific professionals remain critical parts of the gold standard. As importantly, scientists must become a constant resource of credible information on the social media platforms where so many citizens receive their information, and in the schools and communities where next-generation leaders are only now forming their understanding of critical issues.

None of these hopeful developments will avert the accelerating climate crisis in the near term, for this crisis manifests the carbon dioxide and other greenhouse gases already banked in the atmosphere, oceans and terrestrial ecosystems that will require multiple generations to reverse. However, the present moment presents an extraordinary opportunity for public engagement around a different agenda for the future.

In the words of Krznaric, now would be a good time for “expanding the time frame in which society thought about the future of the planet [and] opened the mental space for contemplating the long-term pathways of humanity itself.”