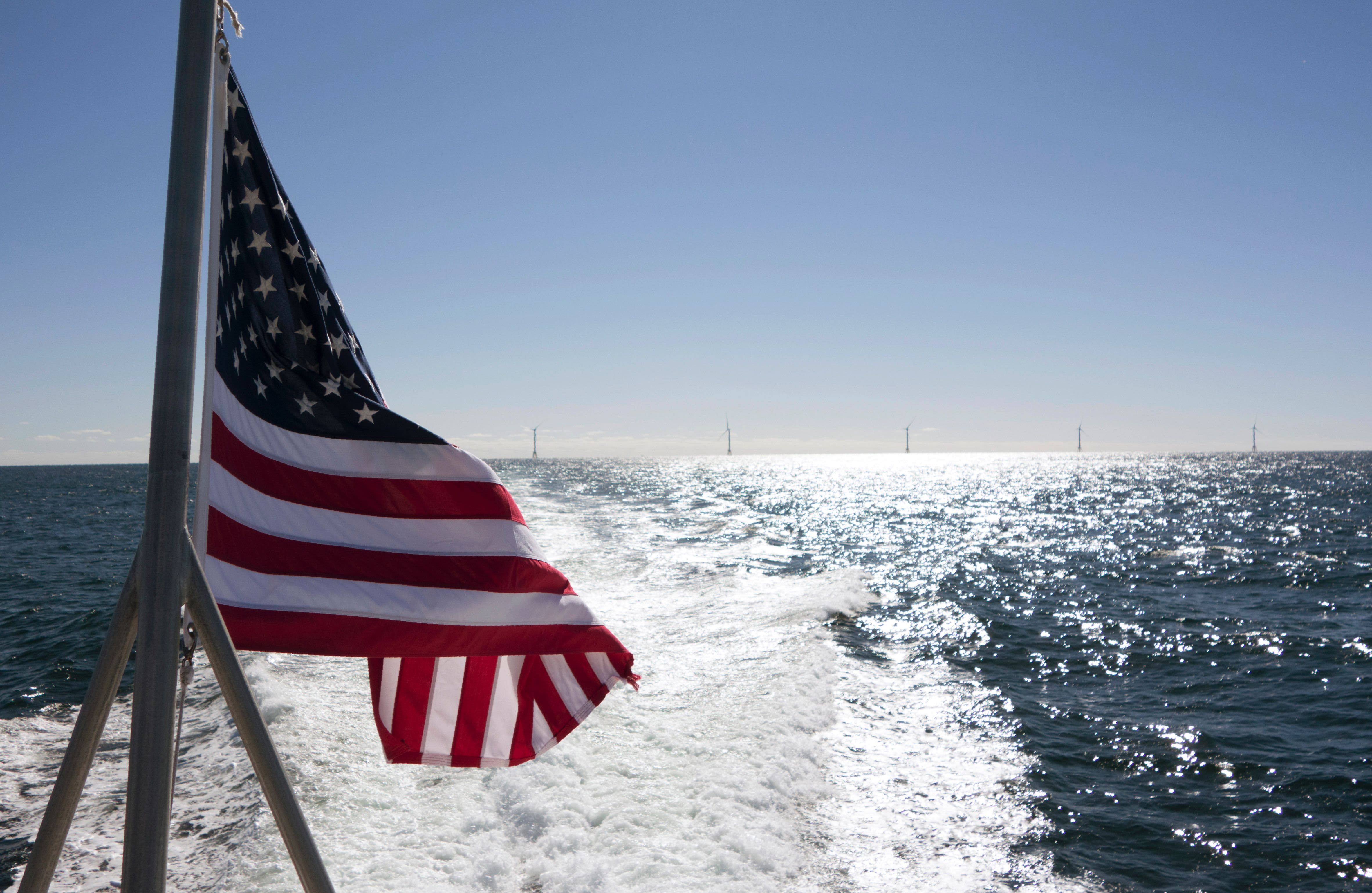 The Block Island Wind Farm, photographed in 2016, is located in waters off the east coast of the United States.
DON EMMERT | AFP | Getty Images

The U.S. wants to expand its offshore wind capacity to 30 gigawatts (GW) by 2030, a move the Biden administration hopes will generate thousands of jobs and unlock billions of dollars in investment in the coming years.

The target, announced by the Departments of Energy, Interior and Commerce on Monday, represents a significant ramp up of America’s fledgling offshore wind industry, which currently lags behind other parts of the world.

The White House said meeting its new goal for offshore wind would trigger in excess of $12 billion a year in capital investment and power millions of homes. It said it would lead to more than 44,000 jobs in the offshore wind sector by 2030, and support an additional 33,000 roles connected to the industry.

In response, Gregory Wetstone, president and CEO of the American Council on Renewable Energy, said his organization was “thrilled to see the White House stepping up with concrete measures to help unleash America’s nascent offshore wind industry.”

“Offshore wind is a potentially massive emerging sector in the U.S. that can drive billions of dollars in economic investment, create tens of thousands of good-paying American jobs, and provide abundant pollution-free power,” Wetstone said in a statement.

Elsewhere, Kit Kennedy, senior director in the Climate and Clean Energy program at the Natural Resources Defense Council, described offshore wind as being “uniquely positioned to address our country’s greatest challenges — the intersecting environmental, public health and economic crises that exacerbate racial and social injustices and threaten the planet.”

“We look forward to working with the Biden administration to ensure that in addition to creating a bevy of jobs from manufacturing to port facilities, offshore wind power development also protects the climate and coastal and marine ecosystems, and advances social equity and environmental justice,” Kennedy added.

According to Danish energy firm Orsted, which is working on the 1.1 GW project with support from New Jersey’s Public Service Enterprise Group, the facility will be able to power over 500,000 homes if it goes ahead.

The BOEM’s decision, according to the White House, puts Ocean Wind “in line to become America’s third commercial scale offshore wind project.” Looking ahead, environmental reviews for as many as 10 other projects could be initiated this year, the White House said.

China may test its digital currency with foreign visitors at the 2022 Beijing Winter Olympics
Energy firm outlines plans for major hydrogen project that will use UK’s largest electrolyzer
Q1 2021: Amazon goes big, Ørsted is a fan of corporate procurement
How Humans Will Live Forever
Why Can’t I Remember My Dreams?