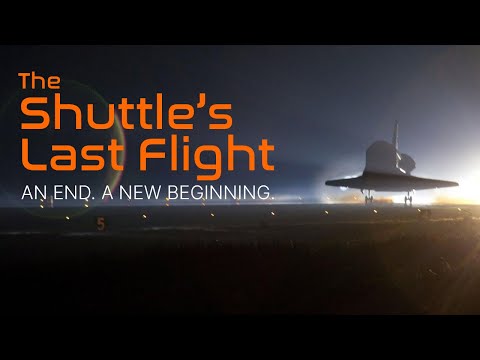 Over the course of the more than eight days, Commander Chris Ferguson, Pilot Doug Hurley, and Mission Specialists Sandy Magnus and Rex Walheim had spent much of their time delivering a stockpile of supplies and parts to the space station.

The end of their mission aboard Atlantis may have been the end of the shuttle era, but it was the beginning a new stage of exploration.