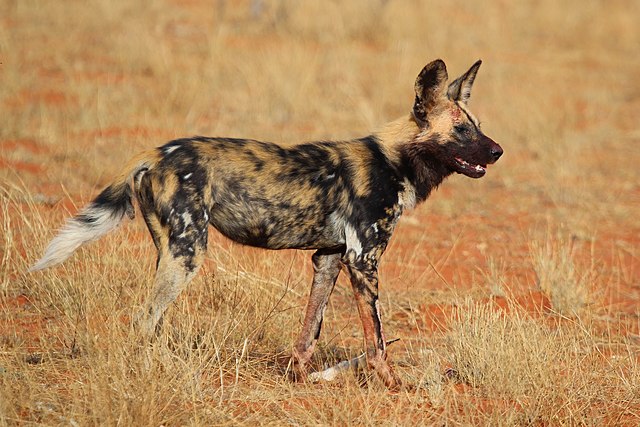 Sometimes confused with hyenas, the African wild dog is a bit less well-known and less researched than their laughing counterparts. More specifically, scientists are still trying to understand the social dynamics of their packs.

Recently though, one study has strongly suggested that sneezing could be a significant means through which pack members signal each other.

The study was done by the Center for Ecosystem Science by the University of New South Wales (UNSW). Its primary focus were the social rallies of the African wild dogs, a daily occurrence where the animals would assemble, plan and organise for the day’s hunt.

Over 60 rallies were observed during the study, all across five different packs. Originally, it was thought that the dogs simply communicated by their recognizable squeals and high-pitched barks. However, the researchers could not help but notice the unusually high number of sneezing in each one. The sneezes had the frequency of something more akin to an expression, or greeting rather than a reaction to something in their noses.

At the end of the study, it was said that more research was needed to really confirm the link, but researchers are confident.

The research also ties in with another peculiar aspect of their pack behaviour: they vote.

Unlike wolves who generally have set alphas, African wild dogs require a consensus before moving out. And while there are many cases that one member seems to have a higher, leadership influence over the rest, it does not result in absolute control over group activities. The sneezes, in particular, are even suspected to represent members’ votes.

This type of group dynamic is not very common in the animal kingdom. The only other types of animals that make decisions this way are monkeys and some subspecies of gorillas. (If anything, it just deepens the contrast between African wild dogs and hyenas.)

Wild dogs’ conservation status nothing to sneeze at

Sadly, any further research into the democratic ways of African wild dogs is threatened by their conservation status. They may look like hyenas but they are still physically weaker and less intimidating. Their pack dynamics make them great hunters, but very vulnerable to dry seasons where scavenging becomes more necessary.

They are also not as widely spread out across Africa, being found mostly in just Mozambique and Tanzania. According to the World Wildlife Fund (WWF) they are now listed as endangered and are also one of the few remaining species of wild canines left anywhere in the world.

The cause of their decline includes the list of usual suspects: habitat loss, farmers and stiff competition for dwindling herds. Without a doubt this had made research into their communication and group behaviour increasingly difficult due to the decline in their numbers. On the other hand, they are also falling under more protection from local game reserves. Hopefully, with more time, scientists will be able to learn more about these hyena lookalikes beyond voting with sneezes.