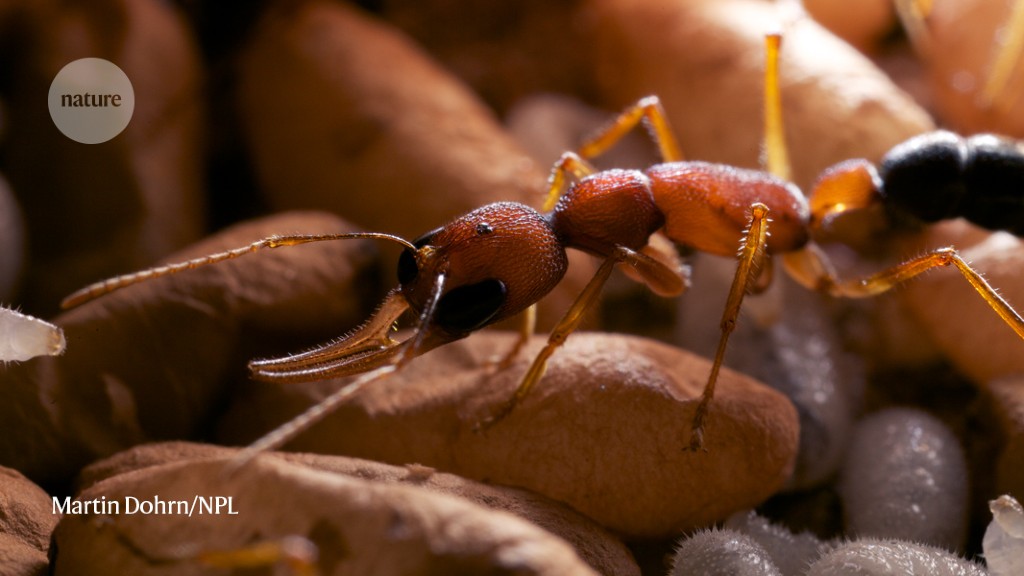 Ants might be small, but they have superhuman abilities, such as lifting objects that are many times their body weight. Now, researchers have found that some ants can even shrink and regrow their brains.

When their queen dies, the female workers in a colony of Indian jumping ants (Harpegnathos saltator) engage in weeks-long battles to establish new leadership. The winners, called gamergates, start to reproduce. Their ovaries become more active — but their brains shrink by about 20%, according to research by Clint Penick at Kennesaw State University in Georgia and his colleagues.

To determine whether some of these changes are reversible, the scientists suppressed fertility in H. saltator gamergates. In response, most gamergates began hunting for food, a behaviour typical of worker ants devoted to foraging, and their brains expanded to reach a size roughly equal to that of foragers’ brains. Because foraging requires advanced cognitive abilities, brain re-expansion could help workers to return to forager status after they lose the battle over reproduction.

This is the first time that reversible changes in brain size on this scale have been observed in an insect, the researchers say.