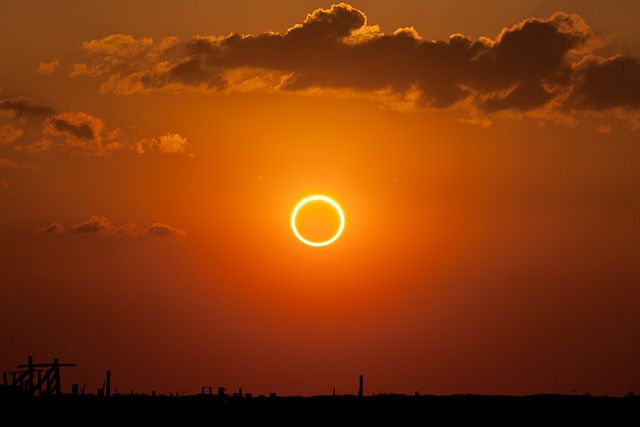 North of the equator, June boasts the shortest nights of the year, yet the largest astronomical event of the month will occur after the sun has risen over the horizon across a portion of the planet. 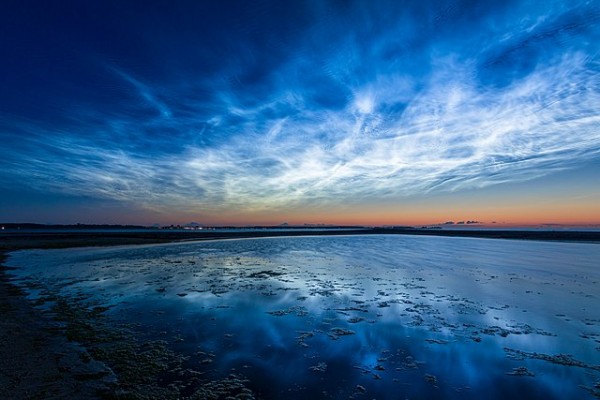 This is also one of the few months when the Northern Hemisphere may observe rare noctilucent clouds floating 50 miles above the Earth’s surface. This is substantially higher than the altitude at which planes fly or many other clouds.

Because of their hue and how they sparkle in the sky after sunset or before sunrise, noctilucent clouds are frequently referred to as “electric blue clouds.” Due to the angle of sunlight entering the sky, these peculiar clouds may only be seen in the far Northern Hemisphere in the weeks leading up to the June solstice.

According to Astronomy Blogger Dave Samuhel, “these clouds actually develop around particles left behind by meteors.” “Ice forms when very cold water droplets freeze on meteor debris. These clouds are entirely composed of ice.”

There is no set date for looking for these clouds, but there are a few days to put on your June calendar, so you don’t miss the month’s Solar Eclipse and the year’s final Supermoon.

Related Article: More Astrological Events to Look Forward to in the 2nd Quarter of 2021 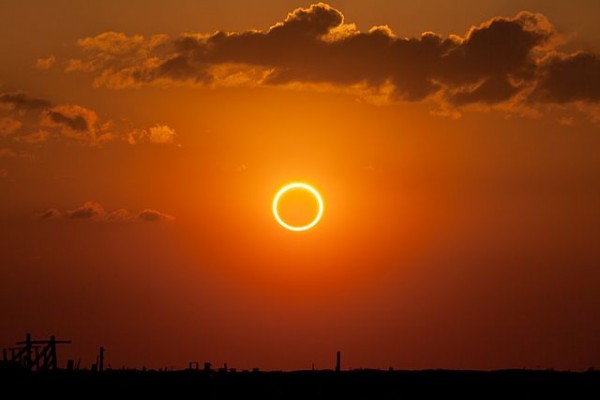 After the sun, Earth, and moon combined to generate a lunar eclipse a little over two weeks ago, the three celestial objects will align again, but in a different sequence, to produce a solar eclipse.

The moon will begin to block out the sun over parts of the northeastern United States and eastern Canada when the sun rises on Thursday, June 10. A partial solar eclipse may be visible for a short time in Boston, Montreal, and Quebec City.

A partial solar eclipse will also be visible throughout much of Europe at 12:00 local time.

Looking directly at the sun can cause significant, irreversible eye damage, even if some of it is obscured by the moon. Proper eye protection is required to witness this event. A solar filter or eclipse glasses are examples of this.

The forthcoming eclipse will be an annular solar eclipse, sometimes known as a “Ring of Fire” eclipse since it will occur while the moon is further away from the Earth than usual, which means it will not be large enough to completely block out the sun.

On the other hand, a total solar eclipse occurs when the moon completely blocks out the sun, turning day into night for a brief period.

However, only unpopulated parts of northern Canada, northwestern Greenland, and far eastern Russia will view the ring of fire in the sky.

On Dec. 4, another solar eclipse will occur, but it will only be seen from Antarctica, so few people will be able to see it. 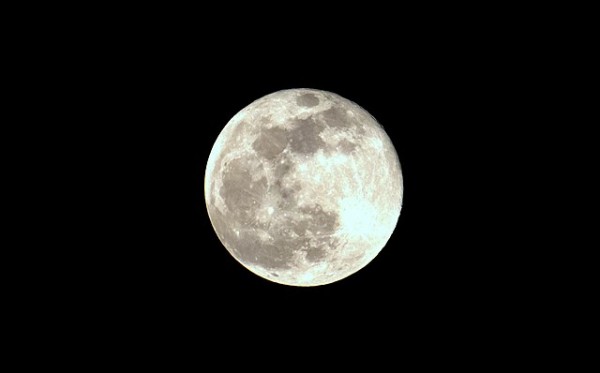 The third and last supermoon of 2021 will rise just one night before the last weekend in June, brightening the night for summer pastimes like campfires and sleeping beneath the stars.

The first of the trio of supermoons occurred in April, followed by another in May that coincided with a total lunar eclipse. Although there will be no repeat of the lunar eclipse this month, the moon will look somewhat larger and brighter than other full moons for the rest of the year.

June’s full moon is known as the Strawberry Moon, even if it isn’t a supermoon, since it is the time of year to collect ripe strawberries, according to The Old Farmer’s Almanac.

The full moon in June is also known as the Hot Moon, the Blooming Moon, and the Green Corn Moon.

What’s in Those Packets That Say ‘Do Not Eat’? (And Why Shouldn’t I Eat It?)
AUDI Q4 e-tron first drive: the electric Audi we wanted all along [video]
NASA Mars Helicopter Inegnuity Gears Up for 10th Flight, To Investigate ‘Raised Ridges’ Next
Elon Musk says Tesla Supercharger network will be open to other cars this year
Senators push for action on space traffic management