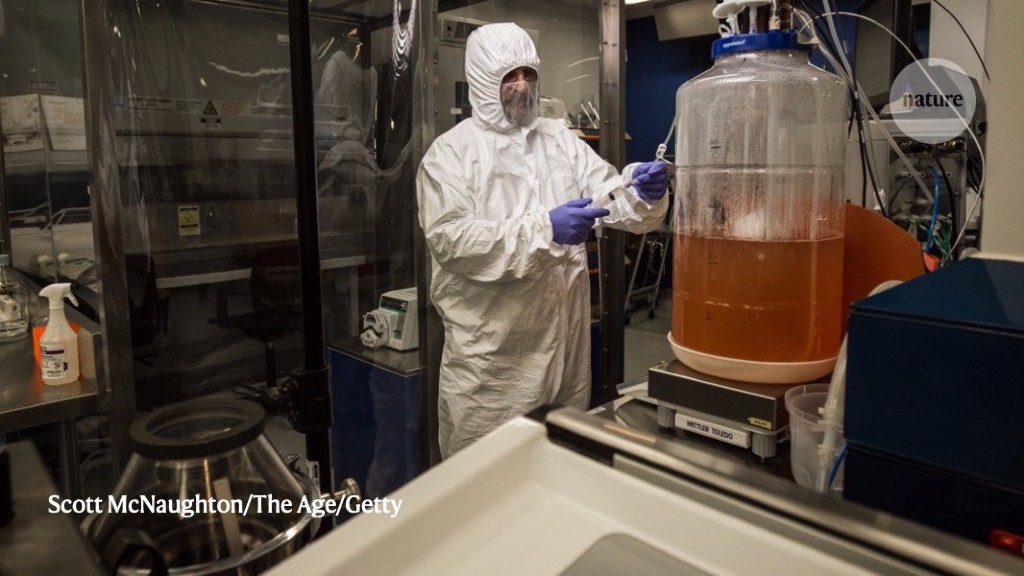 Australia’s universities and national science agency have been thrown a lifeline in yesterday’s budget, the country’s first since the pandemic began. As part of a major spending spree designed to kick-start the economy, universities are set to receive Aus$1 billion (US$710 million) in new funding to support research next year, and the Commonwealth Scientific and Industrial Research Organisation (CSIRO) will receive an extra Aus$459 million over four years.

Researchers say the funding is a welcome boost, particularly for universities, which say they are in a dire financial situation because of the coronavirus pandemic. But academics maintain that the government needs to do more to sustain future research.

The Aus$1 billion “will help universities deal with the immediate crisis we face and hopefully retain people who are potentially on the way out the door in the short term”, says Duncan Ivison, deputy vice-chancellor for research at the University of Sydney. But it doesn’t solve the long-term problem of a lack of research funding, he says. “We still have to figure out how to pay salaries beyond 2021.”

Australian universities are forecast to lose up to Aus$7.6 billion in revenue that they would normally use to fund research over the next five years, largely because of a drop in the number of fee-paying international students following travel restrictions and border closures. As a result of the funding shortfall, an estimated 6,100 researchers are expected to lose their jobs — about 11% of the country’s research workforce.

The boost for CSIRO is also much-needed, say researchers. The agency had estimated that it would lose Aus$100 million in revenue from its commercial activities next year. The extra money “will allow us to continue to deliver critical science for the nation, and help businesses grow and create jobs through innovation”, said a CSIRO spokesperson.

The government will also maintain its 2018 commitment to invest Aus$1.9 billion in research infrastructure over 12 years. In the latest budget, Aus$8.3 million has been earmarked for synthetic-biology infrastructure, Aus$36.3 million for upgrades to a ‘sea simulator’ at the Australian Institute of Marine Sciences near Townsville for studying marine organisms , and Aus$7.6 million for the Australian Community Climate and Earth System Simulator (ACCESS), which is being used to model the changing climate over the next three years.

The government also announced Aus$1.9 billion in new money for low-emissions and renewables technologies over 12 years.

The final budget will need to be approved by the Senate.

The Aus$1 billion for universities will be available from January through the Research Support Program, which can be used for research costs, such as student training, electricity, libraries, laboratory equipment and salaries for technical and support staff. Vicki Thomson, chief executive of the Group of Eight, which represents leading research universities in Australia, said in a statement that the flexible funding arrangement “enables us to do what is needed now”.

The billion-dollar boost “will help stop some of the job losses, but nowhere near all or even half of them”, says Peter Hurley, an education-policy researcher at Victoria University in Melbourne. The Australian Academy of Science says job cuts announced by universities over the past six months mean that projected losses in research positions are already being borne out.

“How do we give our early-career researchers — especially young female researchers — hope that investments are going to continue for them to do the amazing research that we know they are capable of and Australia needs?” asks Ivison. He says his university is in the middle of consultations about voluntary redundancies for staff, in response to a projected decline in revenue of close to Aus$800 million over the next four years.

Frank Jotzo, an environmental economist at Australian National University in Canberra, says that investment in universities is vital for economic recovery and to support Australia’s future prosperity. But the money given to universities and energy research is dwarfed by the tens of billions allocated to income-tax cuts and business subsidies, he says. “It is not obvious that the government is really out to support universities as part of the recovery.”

The government has, however, established a working group with universities to consider ways to fund science in the wake of the pandemic.

The new money for renewable-energy technology will finance research into clean hydrogen, energy storage, carbon capture and storage (CCS) and low-emissions steel and aluminium production, among other sectors. A large portion of the funding — Aus$1.62 billion over the next 10 years — has been earmarked for the Australian Renewable Energy Agency (ARENA), which supports renewable-energy projects and whose funding was due to run out this year.

Although investments in clean-energy technologies are welcome, there is a lack of policies to support their deployment, says Jotzo.

Researchers have also criticized the government for its plans to subsidize natural-gas projects, and invest in CCS, which will extend the life of coal-fired power stations.

“The budget is a lost opportunity to decarbonize the Australian economy, even in the aftermath of deadly bush fires and the third mass bleaching of corals on the Great Barrier Reef, earlier this year,” says marine biologist Terry Hughes at James Cook University in Townsville.