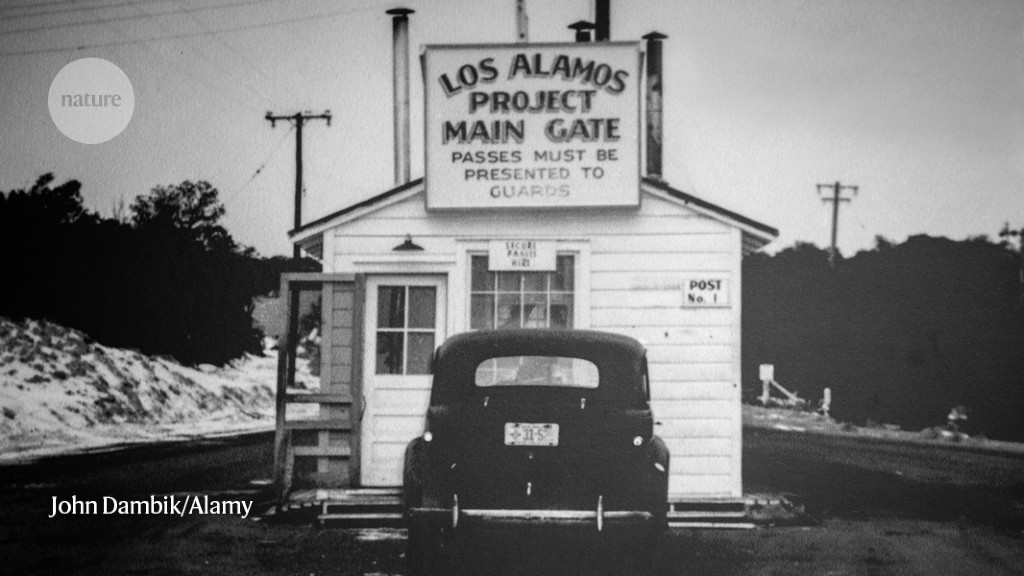 In March 1950, an official from the Atomic Energy Commission — then the guardian of US nuclear secrets — oversaw the burning of thousands of copies of the magazine Scientific American. The contention? They contained information so secret that its publication could jeopardize the free world.

Several statements in an article about the hydrogen bomb had raised red flags with government officials, even though they had all been reported publicly before. The government’s concern was not about what was said, but about who said it. Physicist Hans Bethe, who wrote the article, had been the head of the theoretical division at the Los Alamos laboratory in New Mexico during the Manhattan Project, the top-secret Second World War programme that led to the atomic bomb.

The magazine burning is one of several arresting episodes recounted in the groundbreaking book Restricted Data. Alex Wellerstein, a historian of science, chronicles the twisted path of nuclear secrecy from the early days of atom-splitting research, through the Manhattan Project, into the cold war and beyond.

The best writers make the familiar seem foreign, challenging assumptions about a state of affairs we take for granted. It might seem obvious that building the most powerful weapon in the world, a device that could end human civilization, requires extreme secrecy. Yet Wellerstein peels back the layers of the nuclear onion to reveal a rich debate about what should be kept secret and why. The restrictions often had questionable benefits for national security, but undoubtedly held back research on nuclear energy and frustrated scientists who thought the free exchange of ideas was crucial to progress. 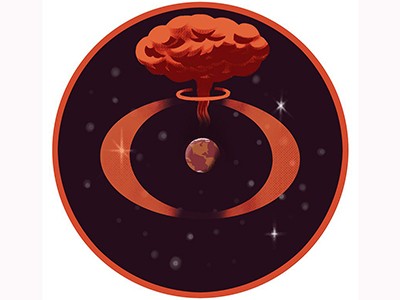 The book draws its title from “a novel and unusually expansive legal category that applied only to nuclear secrets”. That label, “restricted data”, was created in the United States in 1946. It designates all knowledge related to the creation of nuclear weapons, ranging from nuclear fusion to the production of fissile material, as “born secret” regardless of where it originated — be it a discovery in a private industry lab, a university or someone’s shed. This is thus a story of “the troublesome quandary raised by fears of dangerous knowledge in a nation where information is anything but easy to control”, Wellerstein writes.

The designation created hurdles for researchers who thought that ideas they had developed with no connection to secret research were their own. Wellerstein recounts in fascinating detail the history of KMS Industries in Ann Arbor, Michigan, which tried to work on laser-driven fusion in the 1960s and 1970s, basing its efforts on the research of physicist Keith Brueckner. The company met with legal threats, had patents blocked and faced spiralling debt as it fought the government for the right to pursue its work.

In the minds of many, even today, violating nuclear secrecy is about giving away some specific ‘ultimate’ piece of knowledge about how a nuclear weapon works, as happened when the German-born physicist Klaus Fuchs handed over details of the US atomic bomb design to the Soviet Union. In films, and sometimes in real life, spies pass on blueprints that purportedly enable a country or group to build its own atomic weapons. Wellerstein demonstrates that this concept is often misguided and has been at the heart of debates for decades.

Wellerstein traces the history of nuclear secrecy from the early days of fission research. By the late 1930s, scientists, particularly Hungarian physicist Leo Szilard, who first theorized the nuclear chain reaction, advocated self-censorship, recognizing the potential for a weapon that could alter the course of the Second World War. Once the Manhattan Project began in 1942, that self-censorship was transformed under the tight fist of its director, General Leslie Groves, into a formal secrecy regime. (Groves pushed unsuccessfully to have Szilard interned for the duration of the war.) 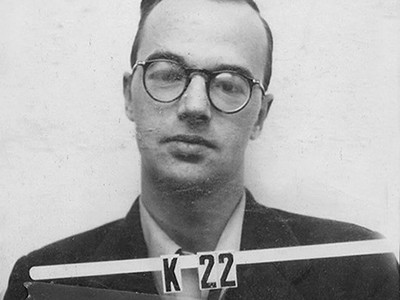 Why did the atomic spy do it?

There were cracks in the secrecy facade early on, and attempts to reinforce it led to absurdity. When an Ohio reporter visited New Mexico and wrote in March 1944 about rumours of a secret city that was involved in “tremendous explosions”, Groves tried to have him drafted into the military. “This failed,” Wellerstein deadpans, “as the reporter was in his sixties.”

Wellerstein’s book is compelling and frightening as it confronts the reader with the confounding questions that scientists and government officials faced when trying to decide what information should be withheld. It might seem absurd to burn magazines containing well-known information, but if that information, presented authoritatively, ran even a small risk of helping an enemy nation to build weapons, would it not be better to err on the side of caution?

The counterargument was made presciently in the 1970s by nuclear physicist Ted Taylor, addressing a hypothetical terrorist group trying to obtain a nuclear weapon. “Lay off any sophistication altogether,” he said, making the point that the existence of fissile material, rather than knowledge about how to make it, was the real danger. “Try and see what is the simpleminded way to make something that could knock over the World Trade Center.” As we learnt decades later, it didn’t take a nuclear weapon to accomplish that. 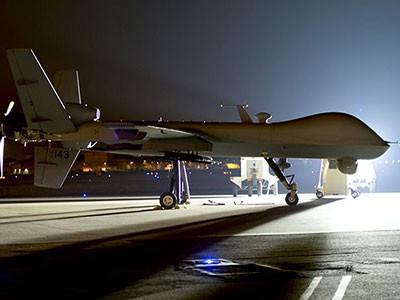 Hollywood and hyper-surveillance: the incredible story of Gorgon Stare

Wellerstein’s work also raises some intriguing questions about modern secrecy beyond nuclear-weapons research, with ramifications for fields from cybersecurity to political studies. He points out, for example, that a US naval-intelligence analyst was charged with espionage in the 1980s and sentenced to two years in prison for giving satellite photos of Soviet nuclear-aircraft carriers to a British defence magazine. (The analyst, unnamed in the book, is Samuel Morison, later pardoned by president Bill Clinton.)

Fast forward some 40 years, and Reality Winner, an Air Force veteran in her twenties, was sentenced to 5 years in prison for leaking a document showing that Russia had hacked into voter-registration systems in an attempt to interfere with the 2016 US presidential elections. Her leak was illegal, but revealing something that was being talked about nightly on cable news hardly seems as serious as exposing secrets about the nuclear arms race.

How has the modern national-security state reached a point at which the very act of leaking information is considered more threatening to national security than the harm done by exposure? The answer to that needs another book, but Wellerstein has laid the groundwork for whoever chooses to probe that dark corner.

Why everyone from Elon Musk to Janet Yellen is worried about bitcoin’s energy usage
Quantum drums, COVID patents and head injuries
The US Infrastructure Bill & the Costs of a Sustainable Transition
Telesat ready to move fast on selling spectrum to fund Lightspeed constellation
Space Force seeks bids for rocket engine testing and space transportation technologies