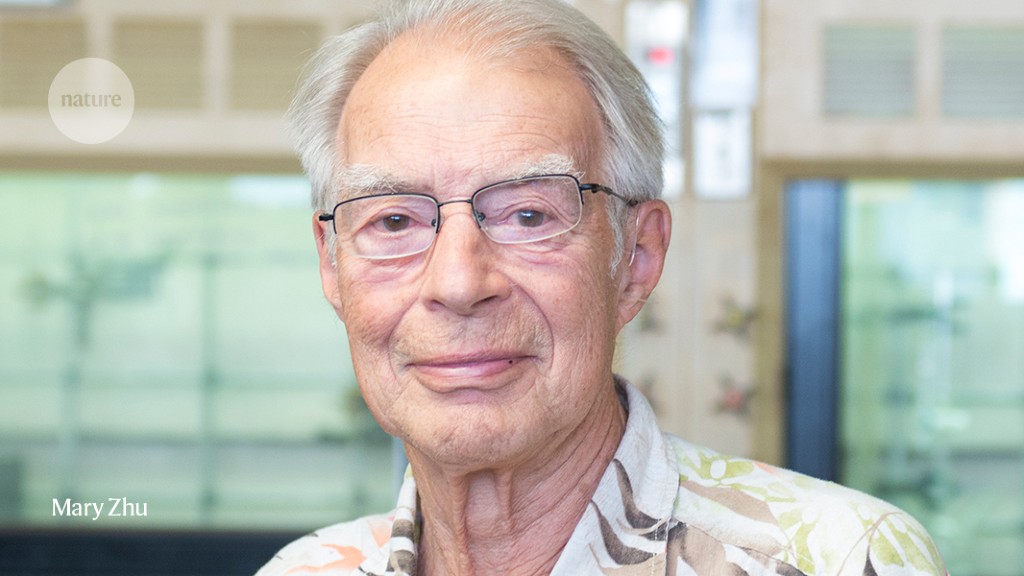 Austen Angell was one of the most versatile physical chemists of his generation. He made pioneering experimental discoveries on glasses and liquids, forms of matter that continue to challenge researchers in many disciplines. His work shaped the ideas that chemists, physicists and engineers use to investigate these materials, both in fundamental research and in applications such as fuel-cell and battery technology. He has died aged 87.

Liquids form amorphous solids, or glasses, when cooled fast enough that they do not crystallize. Being both dense and disordered, liquids and glasses cannot be explained using theories of crystals, which are dense and ordered, or gases, which are disordered but not dense. As a result, long-standing questions remain hotly debated — about the nature of the transition from liquid to glass, and how that most ubiquitous of liquids, water, behaves at low temperatures. For more than five decades, Angell led the search for a unified understanding of these problems, and he contributed many discoveries and concepts that now define the field.

Angell was born and raised in Canberra. His father, a plant pathologist and avid hobbyist, stimulated his interest in hot liquids by casting aluminium objects from aircraft scrap, melted in the dining-room fireplace. Angell studied chemical metallurgy at the University of Melbourne, Australia, then worked on molten salts with John Bockris at the University of Pennsylvania in Philadelphia. He completed his PhD with John Tomlinson at Imperial College London in 1961. Returning to the University of Melbourne, he was fascinated by fibres that he pulled from a melt of potassium nitrate and calcium nitrate, simple inorganic molecules that readily form glasses. From then on, he said, “I was hooked on glass-formers”. 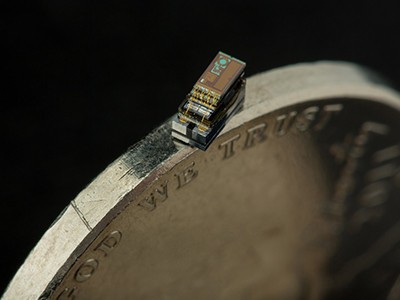 Angell moved to Purdue University in West Lafayette, Indiana, in 1966. He started work on aqueous solutions, many of which easily form glasses. He also considered pure water, in which the transition to a glass is notoriously difficult to achieve. Water has many unusual properties, such as reaching its maximum density at 4 °C. With a succession of talented students and postdocs, including Robin Speedy, Angell showed that water becomes even more unusual as it is supercooled — kept liquid below its freezing point. As the temperature falls, key properties such as specific heat and compressibility rise ever faster. This suggested the presence of a thermodynamic limit beyond which supercooled water cannot remain liquid, an idea now known as the Speedy–Angell conjecture. The work triggered intense interest in supercooled and glassy water that continues today, including the possibility of a transition from one liquid phase to another.

Angell had an unusual ability to perceive patterns that connected widely differing systems. In what is now called an Angell plot, he charted how the viscosity of liquids changed with temperature for different glass-transition temperatures, allowing the behaviours of glass-forming liquids to be easily compared. This revealed that liquids form a continuous spectrum, from “strong liquids” that approach the glass transition with a gradual variation in viscosity to “fragile liquids”, which display precipitous and accelerating viscosity changes as the transition is approached. The compelling simplicity of Angell’s classification has shaped research on glass formers, from practical materials engineering to the theoretical modelling of glasses by physicists.

Angell’s interest in the diffusion and conduction of ions in liquids and glasses was a constant thread. Over time, he applied it to systems such as molten salts, ionic liquids, ion-conducting glasses and battery electrolytes. With an eye to both the fundamental and the practical, his work established theoretical upper limits on the conductivity of solid electrolytes, such as ion-conducting glasses, that continue to guide the development of modern battery technology. 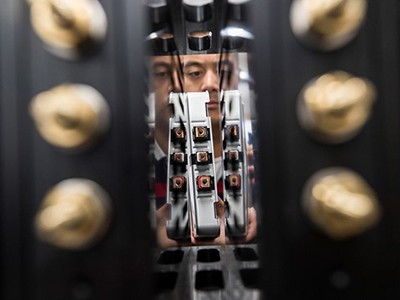 Although primarily an experimentalist, Angell was quick to realize the potential of computers. With colleagues in the 1970s, he conducted some of the first simulations of molten silica and silicates, blazing a trail that computational geologists soon followed. From then on, Angell regularly collaborated in computational studies of glassy behaviour and of water, in search of the mechanisms underlying experimental results.

After Angell moved to Arizona State University in Tempe, in 1989, he learnt from local geochemists about micrometre-sized fluid inclusions in quartz. He and his wife and colleague, Jenny Green, exploited these to study water under kilobars of negative pressure (tension rather than compression). Angell exported ideas developed in the study of glasses to protein folding, cryopreservation and plastic crystals. He proposed that some liquids, including water, undergo a fragile-to-strong transition on cooling, and integrated this with the related phenomenon of glasses that exist in more than one amorphous state. Active until the end, Angell made use of these ideas to understand devices that depend on a change in phase for memory storage.

An irrepressible explorer, he loved to travel, to the benefit of many conferences. Angell was a great connector and instigator, always linking disparate ideas. At conferences, his post-talk questions invariably provided fresh perspective. He was not afraid to speculate. Quipped Speedy, his long-time colleague: “Angell rushes in where fools fear to tread.”

Angell was gregarious and generous. Combined with his charisma, humility and humour, his love of discovery was infectious. He made a point of connecting with young researchers and promoting their work. His thoughtful advice influenced many careers. To his many students, postdocs and colleagues, Angell was an icon, a source of inspiration and a true friend.

Forecasters on the Watch: Tropical Development Could Snap into Action in Days to Come
Green Deals: Use RYOBI’s 1800PSI electric pressure washer to clean your home at $106, more
Who will race SpaceX to the moon?
Win A Tesla Powerwall At The ALTNRGSHOW In Austin
Air Force: Using commercial rockets to deliver supplies not as far-fetched as it sounds