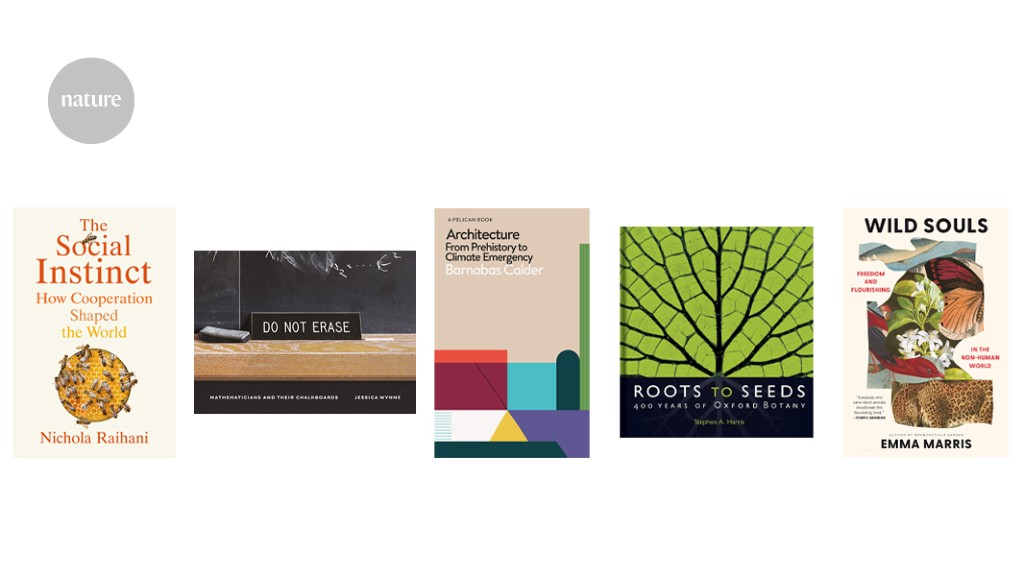 Cooperation is a double-edged sword. Within totalitarian nations and between democratic ones, it dominated the Second World War. But working together also created a post-war consensus that paved the way for the UK National Health Service and gender equality. If used well, cooperation delivers riches, but “in the wrong hands or used in the wrong ways”, it brings ruin, observes psychologist Nichola Raihani. Her rewarding analysis ranges from genetics to politics, and from the individual to the international, including the COVID-19 pandemic.

The University of Oxford’s botanical garden was founded in 1621 as the Physic Garden, to support medical training. Early plants included the mandrake, with a homunculus-like root thought to emit a lethal shriek if pulled up, notes plant scientist Stephen Harris. His history of the garden, accompanying a Bodleian Library exhibition, displays diverse illustrations and portraits. Authoritative and gorgeous, it is also honest: “Oxford’s success at both the generation of botanical knowledge and its dispersal over four centuries has been very patchy.”

Constructing and running buildings produces 39% of global human greenhouse-gas emissions, notes historian Barnabas Calder in his powerful, disturbing account of architecture and energy since ancient times. Construction of Egypt’s Great Pyramid of Giza used less energy than is consumed over the lifetimes of seven average modern US residents; stone has a strength-to-carbon-footprint ratio 25 times better than concrete’s. Calder argues that architecture must end its reliance on fossil fuels by learning from the past, including ancient Rome.

A blackboard filled with mathematics by Albert Einstein takes pride of place in a museum in Oxford, UK. Ironically, Einstein opposed its preservation — unlike 111 mathematicians whose hugely varying chalkboards feature in photographs by Jessica Wynne. The simplest, by Tadashi Tokieda, shows a white circle outlined against black, labelled ‘WHITE’; a second circle, filled with white, is labelled ‘BLACK’. Tokieda compares watching a board being chalked with listening to music “note by note”. This is an original, elegant, if baffling book.

Environment writer Emma Marris begins her colourful study of wild animal–human interactions with a helicopter ride to a sanctuary in Hawaii. There, conservationists are trying to save eight bird species threatened by human influences, including mosquito-borne viruses brought in by ship in 1826. She also considers Australian bilbies, Peruvian monkeys and wolves reintroduced to Oregon. “Ecosystems are built on death”, she muses, so which ‘wild’ animals should be preserved, and which allowed to die?

How pirouettes and pliés prepared me for a research career

Collaborations with artists go beyond communicating the science

How to shape a productive scientist–artist collaboration

Past, present and future stars that can see Earth as a transiting exoplanet

Lululemon, LanzaTech are reshaping carbon waste into fabric
Amazon posts third $100 billion quarter in a row, but still misses expectations
How to get media coverage and boost your science’s impact
A blood marker predicts who gets ‘breakthrough’ COVID
Chemical modelling with a sense of touch