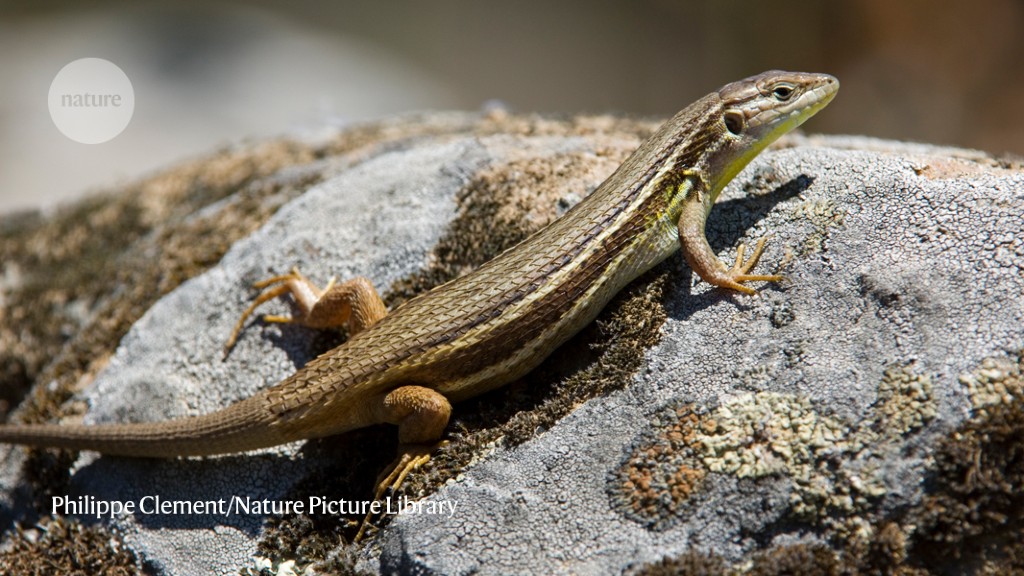 Occasional wildfires can help lizards to keep a clean house: the blazes cleanse natural areas of mites that can infest the reptiles’ skin.

High-intensity fires in Mediterranean shrublands and woodlands renew vegetation, shoo away seed eaters and keep tree diseases in check. Lola Álvarez-Ruiz at the Desertification Research Centre in Valencia, Spain, and her colleagues were curious to know whether the flames could also be beneficial to animals.

Between 2016 and 2018, the researchers sampled Psammodromus algirus, a species of ground-dwelling lizard, in eight burnt and adjacent unburnt areas in Spain. They then counted either how many mites were attached to the creatures’ skin or how many raised scales the lizards had — an indication of previous infection with the parasite.

Lizards that lived in unburnt areas were four times more likely to carry mites than were those in recently scorched environments, and were also more likely to have raised scales. The results suggest that there was a lower incidence of parasitism even several years after a fire had occurred.