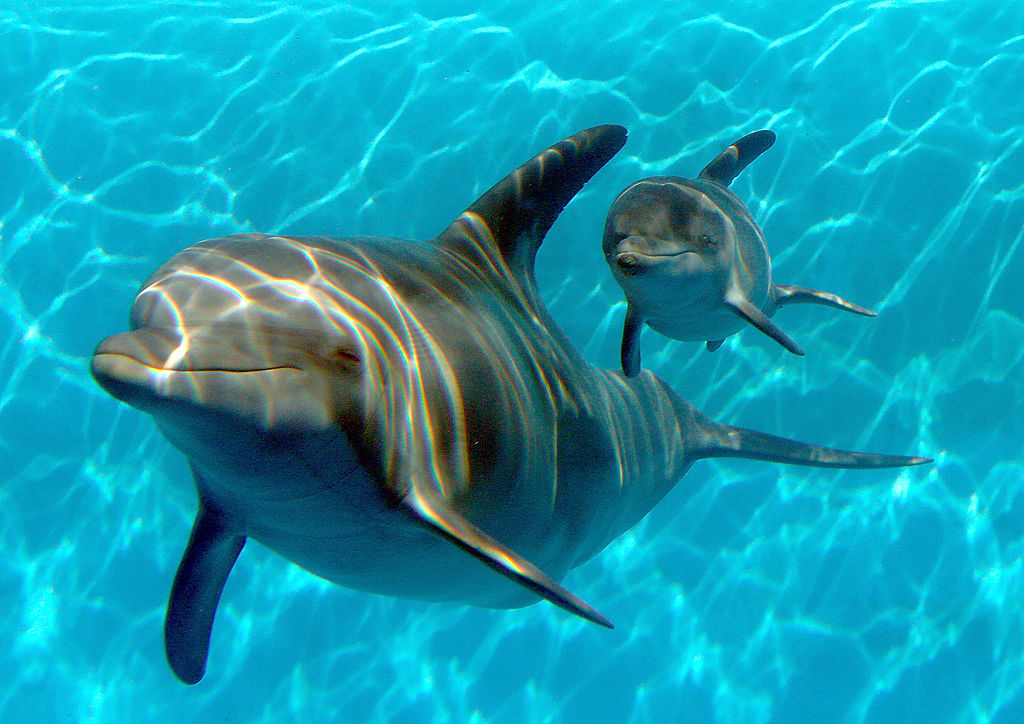 It looks like recreational vices of human is not limited to human alone; dolphins enjoy it as much!

A BBC footage from a new documentary “Spy in the Pod” – a series produced by award-winning wildlife documentary producer John Downer – reveals dolphins on their natural habitat getting high off of pufferfish.

Caught on camera were a number of them gently playing with the puffer. They seem to enjoy passing it around among other dolphins with 20 to 30 minutes interval and were careful not to tear it apart.

Dolphins use toxic chemical produced by a pufferfish to enter a ‘trance-like state’ which they are clearly fond of. Dolphins were filmed floating just underneath the water’s surface, ‘apparently mesmerized by their own reflections’, the Daily News reports.

While it was believed that large amounts of the chemical can be deadly, dolphins seem to know how to take just the right amount which gives off a narcotic effect.

Zoologist and series co-producer Rob Pilley described in Sunday Times that the young dolphins ‘purposely’ experimented with what they know to be intoxicating.

“After chewing the puffer gently and passing it round, they began acting most peculiarly, hanging around with their noses at the surface as if fascinated by their own reflection,” he said.

Filmmakers used spy camera techniques and designed underwater cameras hidden in fake turtles, fish, squid, and even other dolphins to film hours of footage as they aim to observe their behavior naturally.

“The spy creatures were designed to infiltrate the dolphins’ hidden lives by looking like the marine creatures a dolphin might encounter in their everyday lives,” Downer said. The episode will feature in the second episode of the series.

Pilley described the behavior as a first-time observation, saying the dolphins have been so gentle and delicate towards the pufferfish, as if they were trying to avoid upsetting it.

“‘As a result, the fish released various toxins as a defense,” he added. Pilley was sure the behavior was not a one-time encounter as it looks like the dolphins knew exactly how to behave around the toxic pufferfish.

Captured Life Under the Sea

The episode was subsequent to a previous series still produced by Downer’s “Penguins: Spy in the Huddle”, which was also a proud moment for BBC1. Similar approach of disguised cameras was used at the time, providing a more natural perspective for viewers of the sea creatures, specifically the Dolphincam, the Tunacam, Turtlecam and Squidcam; each fitted with HD cameras to capture life under the sea.

Downer did confirm there had been modifications. “Unlike Penguin-cams, this time our spy creatures had to keep pace with fast-moving dolphins, often out in the deep ocean,” he said. Extraordinary efforts were put into the program, from HD cameras to hundreds of hours of filming, crews diving some 1,500 times, and nearly 3,000 hours at sea regardless of the weather.

“The dolphins were very curious about their new neighbors and allowed them into their lives,” Downer added.

As disguised sea creatures pictured life under the sea, other interesting events such as a mother teaching her calf to catch fish and leap from water, were also witnessed. The first of the two-part series aired on Thursday, January 2 at 8pm on BBC1.

The war to electrify: America can do it
Health-tech company Doximity files for IPO and says doctors will get up to 15% allocation
Companies and government agencies announce plans for lunar rover projects
Heat Wave Warning: Las Vegas Sees Scorching Temperature to Reach Triple Digits
Is your carbon accounting system prepared to count remote work?