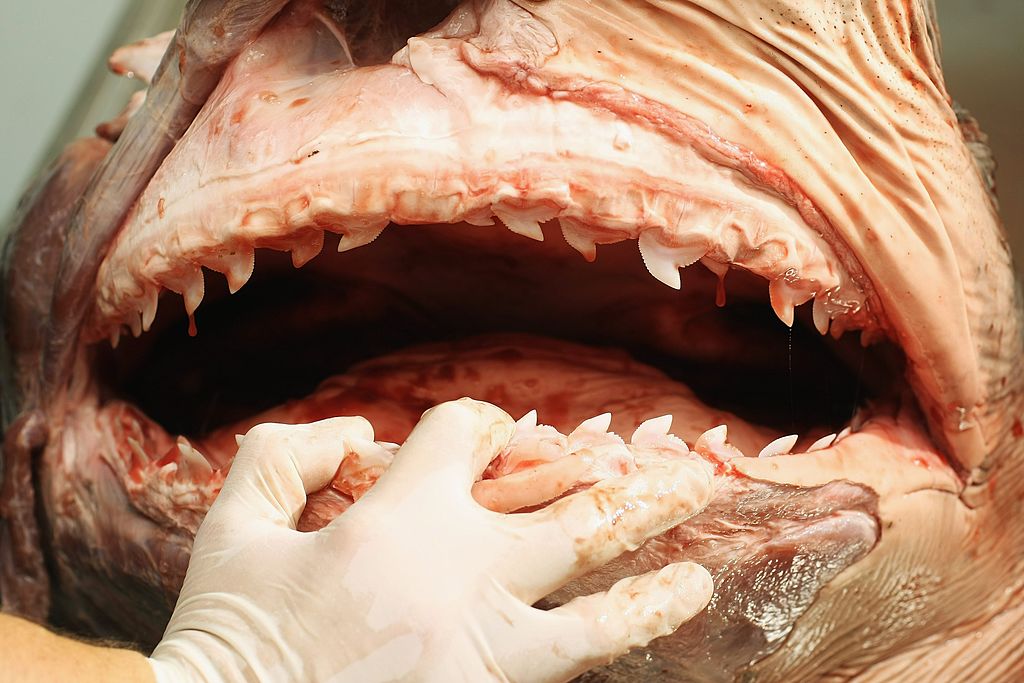 Fossilized remains of animals have been serving historians direct evidence of predator and prey relationship since the earliest times. A discovery of a crustacean eaten by a squid-like creature, while in turn eaten by a shark of which occurrence happened around 180 million years ago from the Early Jurassic Posidonia Shale was pictured by authors of Swiss Journal of Palaeontology.

The specimen referred to in the study was first discovered in 1970 by fossil collector Dieter Weber. Archeologists were able to identify the participants of the ‘three-way feeding fest’ comprising a crustacean, a belemnite and a vertebrate. Study of the remains shows the top of the food chain may be an ancient crocodile, shark, or other large predatory fish.

Results show that the extinct squid-like cephalopod known as belemnite belongs to the species Passaloteuthis laevigata in the lowermost Toarcian of Europe and Morocco. Experts say its rostrum – hard and pointed beaks which is difficult to digest – was found in a fossilized shark located in Germany from Early Jurassic Period. Unlike marine crocodiles and other predatory fish, sharks cannot fully swallow the mega-hooks and hard beaks of squid. These hard structures were seen in the shark’s stomach causing an extreme blockage and likely caused its death.

It was observed that the belemnite has retained its rostrum and arms, and only its soft spot was devoured. Authors suggested the term ‘leftover fall’ for the event of incomplete predation and the term ‘pabulite’ for the fossilized meal or a piece of food the predator had dropped, which in the belemnite’s case, its rostrum and arms. Authors say these remains can tell a lot about the behavior of a cephalopod and a vertebrate predator.

Authors added that the depth and weaker current in the bottom of the sea makes fossilization of uneaten or dropped parts of the prey more likely preserved, especially with lesser scavengers. Although their contribution is not equally comparable to whole fossils, their solitary heads, fins and tails and small remains deserves attention as they give researchers informative data to complete a whole picture.

According to findings, authors noted the vertebrate predator in the scenario could possibly be of the Early Jurassic shark Hybodus hauffianus.

Even the littlest parts or remains that was left of a prey can draw an entire picture of its food chain. Just like how the remains of the belemnites helps form a unique picture of the Jurassic food web.

Other studies confirm that most vertebrate predators prefer to prey on “soft-bodied” or “shell-less” cephalopods, which was likely in the Jurassic era, recorded through studying stomach contents. The study concludes that there is direct evidence for predation by hybodontid sharks on Jurassic belemnites, and it was assumed that the belemnite was chewing on the exuvia of a Proeryon until its last days.

Over the years, diverse ‘pabulites’ have contributed quite a large amount of paleontological informative value and have provided source for palaeoecological data. The recent discovery would considerably add up to the already existing records of previous studies.

Also read: A Strange Sea Worm with Branches…. for Butts!