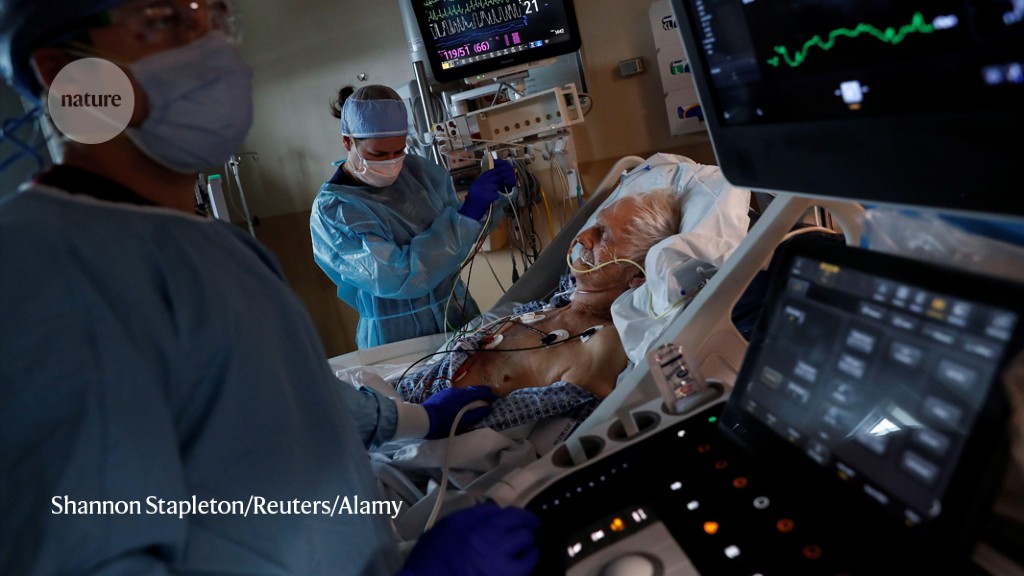 A landmark programme to test potential COVID-19 therapies in dozens of countries is restarting with a fresh roster of treatments — this time aimed at tempering the raging immune responses that can worsen severe disease.

The clinical trial, named Solidarity and coordinated by the World Health Organization (WHO), will test three drugs that dampen inflammation, an approach that has already shown promise in people hospitalized with COVID-19.

All three drugs were carefully chosen on the basis of the promise they showed in smaller clinical trials and widespread availability, says John-Arne Røttingen, scientific director of the Norwegian Institute of Public Health and chair of the Solidarity trial’s international steering committee. “You need at least promising signals that some of them will work,” he says. “And we need study drugs that we can deliver in a broad group of countries.”

When the WHO launched Solidarity in March 2020, the study was focused on antiviral drugs. By October, the trial had enrolled more than 11,000 participants hospitalized with COVID-19 in 30 countries. But it also found that none of the four drugs that it tested (remdesivir, interferon, the malaria drug hydroxychloroquine, and a combination of HIV drugs called lopinavir and ritonavir) saved lives or shortened hospital stays1.

“None of the antivirals have shown strong effects in hospitalized patients,” says Røttingen. “The emerging consensus is that it’s too late. Where the antiviral medications could have a benefit is quickly after a positive test.”

Now, after a pause to sort out which therapies to try next, the trial hopes to focus instead on reining in immune responses that can contribute to severe forms of COVID-19.

As viral infections progress, the body’s own immune responses can cause harm, damaging healthy tissue in the quest to kill infected cells. In June 2020, a large UK-based study called RECOVERY found that the immune-suppressing steroid dexamethasone reduced deaths among those on ventilators or receiving supplemental oxygen due to coronavirus infection2. And a large international trial called REMAP-CAP found that drugs that block a key immune protein — the interleukin-6 (IL-6) receptor — can reduce deaths among those critically ill with COVID-193.

Treatment with dexamethasone, or with both dexamethasone and IL-6-receptor blockers, has become standard care in some countries for hospitalized people with COVID-19 who need breathing assistance, says Anthony Gordon, an anaesthesiologist at Imperial College London and a member of the REMAP-CAP steering committee. But there is still room for improvement: “We know that some patients still remain sick even with those treatments,” he says.

So researchers are looking for other ways to shut off particular immune responses. One of the drugs to be tested is infliximab, used to treat autoimmune conditions, including Crohn’s disease and rheumatoid arthritis. It blocks a protein called tumour necrosis factor alpha (TNF-α), which is released by immune cells called macrophages and promotes inflammation.

A second treatment in the trial is a cancer drug called imatinib. Researchers hope that it will target both the coronavirus and inflammation, blocking viral infiltration of human cells and reducing the activity of pro-inflammatory proteins called cytokines. Finally, Solidarity is testing artesunate, an anti-malaria drug with potential anti-inflammatory effects. Each of these drugs will be given alongside standard care, which in many regions includes dexamethasone, says Røttingen.

REMAP-CAP also plans to test imatinib, which could help to prevent leaking of fluids in the blood vessels surrounding the lungs, says Gordon. The trial will also test a different drug that targets TNF-α, as well as a drug called namilumab that blocks a protein called GM-CSF and that could reduce cytokine activity.

With all of these ways to cool down the immune system, researchers have to be careful that they don’t suppress immune responses so much that people become vulnerable to other infections, says Djillali Annane, an intensive-care physician at the University of Versailles in Saint-Quentin-en-Yvelines, France, and a member of the REMAP-CAP international steering committee.

In the REMAP-CAP trial, participants will first be given a steroid, such as dexamethasone, and a drug that blocks IL-6 receptors. Participants will be given an additional drug to target the immune system only if they fail to improve after the first two. “This is targeting those patients who do not respond,” says Annane. “Then the question is, if we add on another way to modulate the inflammatory response in these patients, can we save additional lives?”

India Biodiversity Portal Is Documenting Every Species in the Country and Everyone Can Take Part
Endangered Alpine Parrot Intentionally Moved to the Mountains to Avoid People
Coinbase Pro opens up to dogecoin after cryptocurrency’s 6,000% gain this year
What’s Inside Your Belly Button?
Europe picks EuroQCI satellite quantum communications consortium