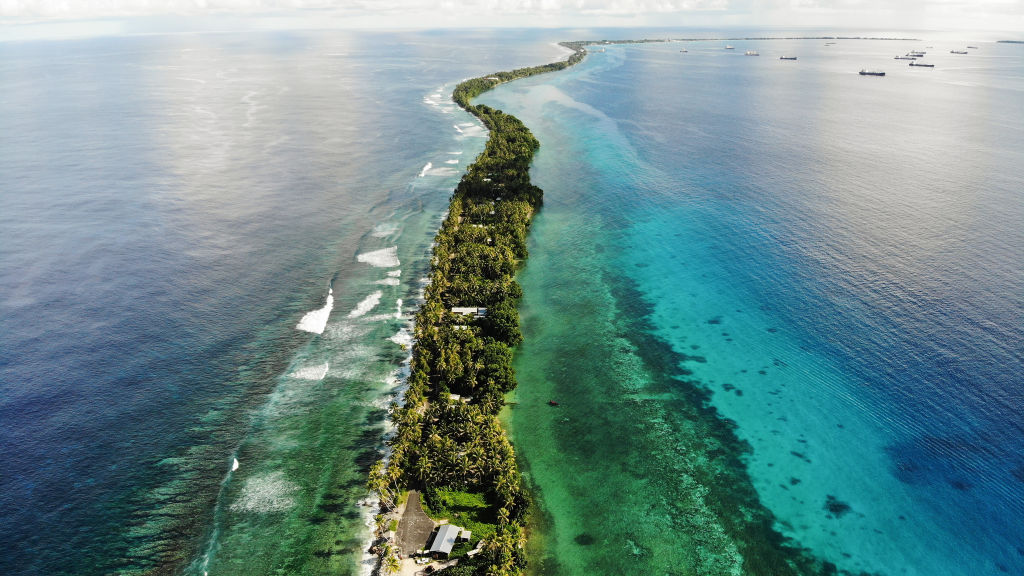 When one hears the word ‘living fossil,’ the first thing that comes up to people’s minds is the coelacanth. However, there are plenty of other species that have also earned the title (such as horseshoe crabs, nautilus and the goblin shark).

Recently, a new species has made it to the list after a Polish-Japanese discovered somewhere at the depths of the Pacific Ocean.

The species in question were a rare sea anemone and a coral, both who demonstrated symbiotic behavior that was long thought to have only existed in fossils. Pictures of the specimen shows both growing right over the stems of the various sea lilies.

What was interesting about both specimens was that they were soft-bodied and left no real, adverse effect on their sea lily hosts. But more importantly, seeing this relationship live and up close has given paleontologists a rare opportunity to use them as a model for how ancient corals and anemones behaved.

After all, corals are one of the oldest animal species to have evolved since life began at sea. Fossil records of their earliest ancestors are said to be at least 500 million years old. Despite this, scientists still find it challenging to understand how they lived (and lived with each other).

The value of living fossils is a misunderstood one. In fact, even paleontologists themselves take a while before they fully agree that a species fits this bill. There are many lesser-known facts about what qualifies (or disqualifies) an animal species for the title. Some of these facts are:

On the contrary, all living fossils are still the result of billions of years of evolution. It just so happens that the evolutionary changes have not entirely affected the way these creatures looked when compared to their fossilized ancestors. The modern coelacanth, for example, has currently two well-known distinct species but these came from one ancestor. Still, they retain much of the unique tail shape and hard jaws they had back in prehistoric times.

#2. They live in relict populations.

Relict populations are groups of animals that were once more widespread in prehistoric times, but are now rare due to millions of years that the Earth has undergone change. Living fossils are often hailed for the fact that their evolutionary lineages have endured vast extinction level events and still pass on.

In a strange twist, the subtler, slower evolutionary changes of a living fossil species also helps scientists better understand the way evolution works. Animals that continue to exist with the primitive traits they have often do so because these traits still help them survive within their environment. The resilience and effectiveness of these traits are a genetic puzzle that experts are still trying to solve to this day.

In the case of the coral and anemone symbiotes, scientists have already learned much about how they may have evolved yet still continue to latch on to sea lily hosts. What benefits it has for them is still a mystery, but now they have living, breathing specimens to study in the meantime.

Also read: A Strange Sea Worm with Branches…. for Butts!