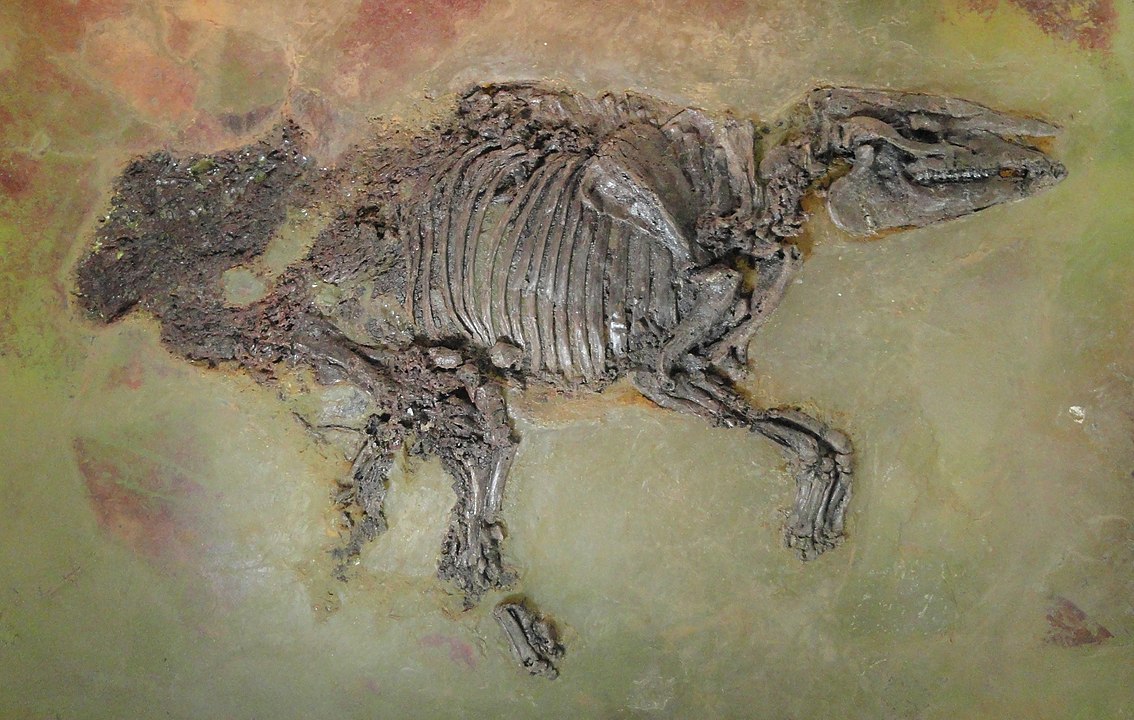 Fossil remains of two newly described palaeotheriidae mammals inhabiting the subtropical landscape of Basque region were found to be relatives of horses that trotted the Earth 37 million years ago.

The previously unknown mammals are called paleotheres or ‘pseudo-horses’ that lived in the archipelago of Europe when the climate was much warmer, according to the UPV/EHU’s Vertebrate Palaeontology research group of the Basque Country. These mammals thrived on the Eocene period right before dinosaurs existed, which could have hindered their diversity.

The study published in the Journal of Vertebrate Paleontology suggests that some of that diversification led to the beginning of the ‘pseudo-horses’.

“Imagine animals similar to horses with three toes, the size of a fox terrier, a Great Dane and a donkey living in a subtropical landscape,” said co-author of the study and paleontologist Ainara Badiola from the Universidad del País Vasco in a press release.

These group of ‘odd-toed ungulates’ are crews of today’s zebras, rhinos, donkeys, and horses. To add to the casts, two of them are now scientifically known as Leptolophus cuestai and Leptolophus franzeni. According to Badiola, many pseudo-horse fossils have been described at the Zambrana site, a town in the province of Álava, in the Basque region of northern Spain.

The Zambrana fossil site had also introduced other mammals from the Eocene era including rodents, marsupials, and even primates.

Like other paleotheres, pseudo-horses were smaller than modern horses and had ‘short legs and weird teeth. Another paleontologist and lead author Leire Perales-Gogenola from the Universidad del País Vasco described their molars to have a very high crown, covered with a thick layer of cementum.

“This type of dentition, also present in other endemic Iberian palaeotheriidae, could be indicative of a difference in environmental conditions between the Iberian and Central European areas, with more arid conditions or less dense or closed forests and the presence of more open areas in Iberia,” she explained.

As the crowns in the species’ teeth were said to have shared similarities with modern horses, the researchers said they also feed on grass. Researchers of the study have yet to analyze further the paleothere remains found at the site.

Also read: Mollusk Dubbed as ‘Wandering Meatloaf’ Has Teeth Made of Rare Iron!

When the Eocene in Europe disappeared and the Miocene period was introduced, modern horses or equids later on appeared in Europe. The once intertropical forests gradually disappeared and paved way to a more temperate type of plant communities with more open areas. The diverse fossil association of the mammals at the time shed light to the climatic and environmental changes that occurred in Europe from then until now over a geological time.

The unusual dental features among new found palaeotheriidae material could govern description of the new generation of species, like how different foraging conditions such as tougher vegetation, more open or drier habitats with a higher consumption of grit in the diet contributed to their earlier development.