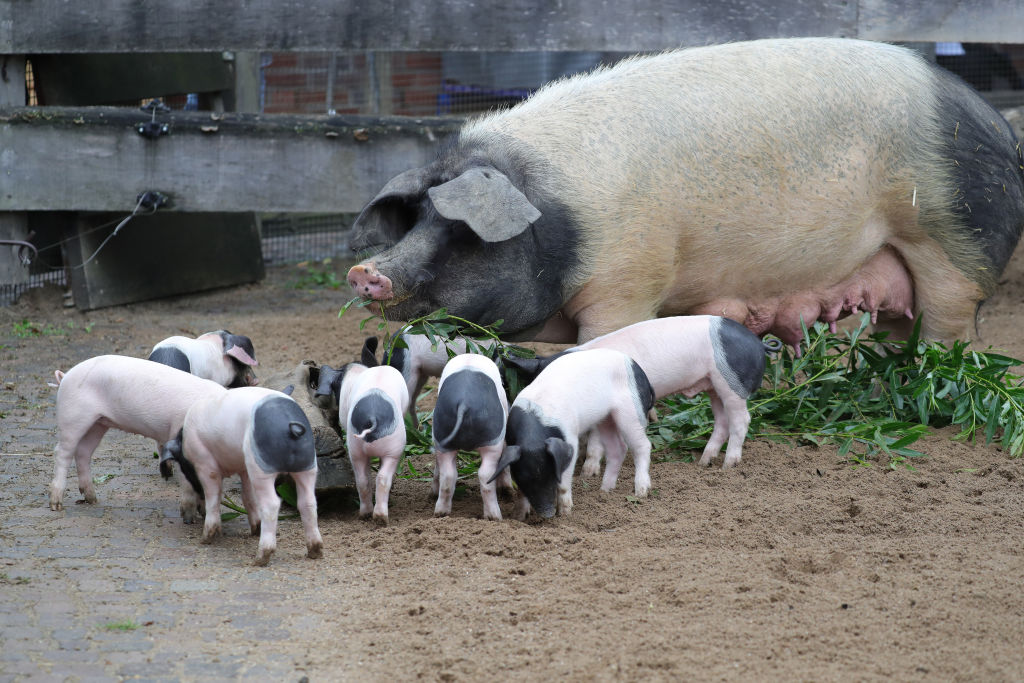 You are probably asking yourself right now, “Is this a joke?”. I hate to break it to you, but some mammals do breathe through their butts, not at all times, but they can!

In fact, this has been known for some time now, used as an alternative breathing mechanism in several aquatic organisms such as loaches. Clinically speaking, this intestinal breathing phenomenon enables systemic oxygenation in case of emergency like low oxygen supply, or hypoxic conditions on some aquatic animals such as sea cucumbers, freshwater catfish, and freshwater loaches. When oxygen is low in deep waters, they have evolved their breathing mechanisms to survive by using organs other than lungs or gills, but it was debatable then whether this is applicable to mammals. It turns out a new study confirms pigs and rodents shares the same ability for intestinal respiration.

Thoracic surgeon Ryo Okabe of Kyoto University along with Japanese and American scientists provided evidence of intestinal breathing in mouse and pig, followed by preclinical safety analysis in rat. The researchers first experimented on mice and designed an intestinal gas ventilation system to administer pure oxygen inserted through its rectum. The mice were put under extremely low-oxygen conditions without ventilation, and survived for only 11 minutes. On the other hand, the ones administered with intestinal gas ventilation reached more oxygen to the heart, and 75% of mice survived 50 minutes of normally lethal low-oxygen conditions.

For the process to be clinically feasible, it requires abrasion of the intestinal mucosa to transfer efficient oxygen to the gut lumen. While some mouse group that received intestinal ventilation did survive longer than with none at all, without abrasion they can only survive just 18 minutes.

“The recent SARS-CoV-2 pandemic is overwhelming the clinical need for ventilators and artificial lungs, resulting in a critical shortage of available devices, and endangering patients’ lives worldwide,” said gastroenterologist Takanori Takebe of the Tokyo Medical and Dental University and the Cincinnati Children’s Hospital Medical Center. He stressed out the level of arterial oxygenation ventilation system can provide. With further evaluation for human application, there is high potential that this can save lives.

Because the intestinal gas ventilation system requires abrasion of the intestinal mucosa, as far as gut abrasion is concerned, it is unlikely to be feasible for human patients especially those who are too ill. Researchers switched to oxygenated perfluorochemicals as liquid-based alternative, which was shown to be clinically biocompatible and safe in humans. As a matter of fact, this chemical has treated patients in the past undergoing respiratory distress.

In conclusion, perfluorochemical intestinal ventilation provided therapeutic benefits to anesthetized rodents and pigs exposed to non-lethal low-oxygen conditions, reversed skin pallor and coldness, and increased their levels of oxygen. No serious side effects were observed.

At this time, it is obscure if the same approach applies to human patients, but it surely offered a new paradigm for developing another option for artificial respiratory support in the future.

Also read: Some Animals Observed to be Capable of Social Distancing to Avoid Diseases

Coronapod: Uncertainty and the COVID ‘lab-leak’ theory
NASA selects two Venus missions for Discovery program
Thousands of bitcoin believers descended on Miami to party and preach the gospel of ‘HODL’
Win A Tesla Powerwall At The ALTNRGSHOW In Austin
What Disabled Missiles at Malmstrom Air Force Base?