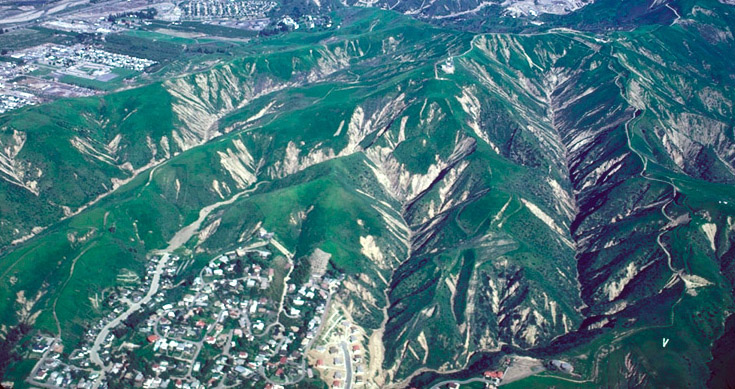 Environmental science experts warn of a looming disaster after wildfires have been contained: a deadly landslide that may be triggered by even a modest rainfall, the new UC Riverside research said.

According to James Gullinger, an environmental science doctoral student and the author of the study, when the fires move through a watershed, waxy seals are created which does not allow water to penetrate the soil. The rainwater consequently runs off the soil surface which causes debris flows.

Debris flows are fast-moving landslides and usually starts on steep hills and accelerates as it flows downward. Unlike floods, it does not behave like water but more of like wet cement, picking up objects such as boulders which can damage infrastructure and hurt or even kill people.

A phenomenon like this happened after the 2018 Thomas fire in Montecito, and in Canada del Oro Wash in Arizona on July 15.

The study aimed to understand in detail how multiple storms affect areas previously burned by wildfires.  The team studied the burn scar caused by the 23,000 acres Holy Fire Lake Elsinore to analyze the debris flow phenomenon. The study findings were published in the Journal of Geophysical Research: Earth Surface. 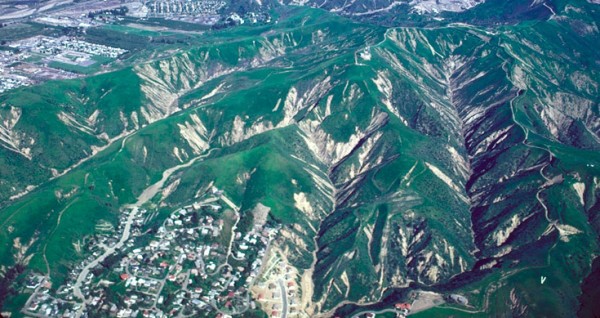 (Photo: Wikimedia Commons)
Debris flow scars formed in 1968-1969 in greater Los Angeles. The image taken months after the debris flows occurred. (Wikimedia Commons). Environmental science experts warn of a looming disaster after wildfires have been contained: a deadly landslide that may be triggered by even a modest rainfall, the new UC Riverside research said.

The research team used the latest technology to study soil erosion at extremely small scales. The data, the scientists admit was not easy to obtain. They deployed a ground-based laser scanner which makes use of visible infrared waves to reconstruct surfaces down to millimeter accuracy. Setting up the scanners involved climbing steep hill slopes and deploying drones to zoom out and see up to 10 hectares of land after the storms.

Their finding reveals that most of the soil in channels at the bottom of valleys eroded as rains started, despite the very little amount of rain. The channels are filled with materials even from previous fires. The rain causes rapid erosion in these channels resulting in debris flows.

Gullinger said that the first storm event that strikes in the area is the most critical as it could be mitigated at the source. People living downstream of these previously burned areas need to be aware of the dangers. Land managers also need hazard modeling tools so that they can respond effectively and create a plan to “catch the sediment as it flows.”

To estimate the probability and magnitude of the debris flow that could occur under a given amount of rainfall, the US Geological Survey models integrate the 10-meter data for watershed slopes and burn severity information from satellite images.

More data are needed to get more detailed information like variations in hill slope gradient and shape of water channels that may play a major role in controlling debris flows.

The data from USGS and the results of their study are important in developing updated hazard models after each storm in the future.

Results from these data would be useful to land managers in developing mitigation plans for the dangerous aftermath of the wildfire like the debris flow.

READ NEXT: A River of Black Sludge With Debris Flooding Through Arizona

Check out more news and information on Wildfire on Nature World News.

Quick Charge Podcast: May 26, 2021
In a Bold Leap, Chile Bans Single-Use Plastics in Supermarkets and Food Industries
Russia, China hope to secure partners for moon base project
3 New Community Solar Projects in Colorado
Memorial Day gas prices are the highest in seven years and could stay high all summer