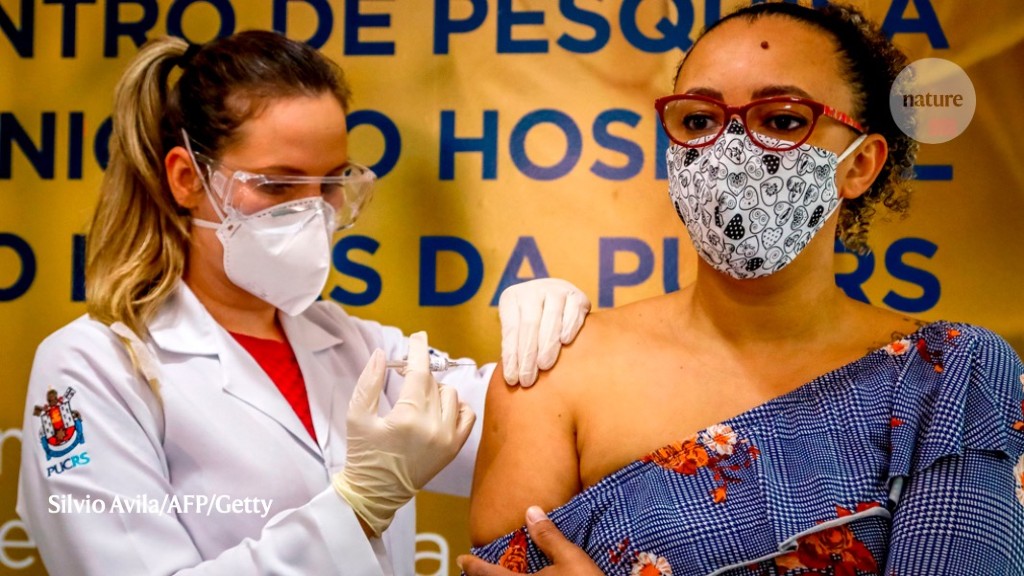 In the race for a coronavirus vaccine, China is making bold promises. A Chinese health official has publicly pledged that an effective coronavirus vaccine will be available by the end of the year. The country has also committed to sharing its vaccines with more than a dozen nations, particularly low-income countries that it has close ties with. But even if a vaccine is ready soon, some scientists question whether the country will be able to produce enough doses to meet its international commitments, and if deals with individual countries are the best way to ensure equitable vaccine distribution.

Wu Guizhen, the chief biosafety expert at China’s Center for Disease Control and Prevention in Beijing, told Chinese state media last month that two vaccines developed by Shanghai pharmaceutical group Sinopharm will be available in November or December. The vaccines are being tested in countries including the United Arab Emirates, Bahrain, Peru and Argentina.

Chinese vaccine makers have developed four of the roughly dozen leading candidate vaccines that are in the final stages of testing worldwide. No vaccine has yet completed the crucial phase III trials that are needed to firmly establish safety and efficacy. But that hasn’t stopped hundreds of thousands of people in China and abroad being injected with one of the four Chinese vaccine candidates under policies known as emergency-use authorization. The vaccines include those developed by Sinopharm, plus a jab developed by Beijing-based vaccine maker Sinovac and another by CanSino Biologics in Tianjin.

Scientists say the country’s drug regulator, which is part of the Ministry of Health, needs to wait for robust trial data that shows the vaccines are safe and effective before granting vaccines full approval.

In an email to Nature, Wu said that the health ministry will await the results of large trials before approving them for sale. “Until then, there are still uncertainties,” she says.

Outside China, expectations are high that a successful Chinese vaccine will soon be available. Sinopharm’s large-scale trials in Argentina, which started last month, have received widespread media coverage, says Eduardo Spitzer, the scientific director of Laboratorio Elea Phoenix in Buenos Aires, which is organizing the trial. “We are working as fast as possible, but without losing quality in the data obtained from the trials.”

China’s leader Xi Jinping told the World Health Assembly in May that its vaccines would be a “global public good”, and the list of countries with which China has promised to share its vaccines continues to grow. But scientists question whether vaccine-makers will have enough doses to fulfil those commitments.

In the past few months, government leaders, including Xi and Premier Li Keqiang, have publicly pledged to make Chinese vaccine accessible to the Philippines, Cambodia, Burma, Thailand, Vietnam and Laos, as well as African and Latin American countries.

Chinese vaccine makers also have agreements with the countries where vaccines are being tested. Sinovac, which has a vaccine in phase III trial and says results should be out by the end of November, has a deal to deliver 60 million doses to hard-hit São Paolo, Brazil, and has committed 40 million doses to Indonesia by March. Spitzer says that details of the deal that Sinopharm made to provide vaccines to Argentina are confidential.

Zheng Zhongwei, the head of the Chinese government’s COVID-19 vaccine task force, said last month that China will have capacity to produce 600 million doses by the end of the year, and one billion next year. But given that the country has a population of 1.4 billion people, most of whom have not been vaccinated, that would not leave many doses available for export.

The numbers don’t add up, says Klaus Stöhr, who led the epidemic response unit at the World Health Organization (WHO) for 15 years and is now retired. “The number of doses available in China will by far be too little to permit export unless a political decision is taken to ship vaccines to overseas despite still-existing vaccine needs in China,” he says.

China might also use its deals with individual countries to gain future political or economic leverage, says Jerome Kim, director-general of the International Vaccine Institute in Seoul. “That would be regrettable,” he says.

If China wants to show commitment to the global good, it should join COVAX, says Kim. COVAX is a collaborative effort by Gavi, the Vaccine Alliance, together with the Coalition for Epidemic Preparedness Innovations and the WHO, which is aiming to provide 2 billion doses of vaccine to the most vulnerable people and to health-care workers, especially in poor countries. Some 80 wealthy ‘self-funding’ countries have committed to support the initiative, with the notable exceptions of China and the United States.

Wu says that China supports COVAX and has been in “constant communication” with the WHO and other COVAX sponsors, although she did not say whether the country will join the initiative. “China’s COVID-19 vaccines will be a global public good and will contribute to the accessibility and affordability of vaccines in developing countries,” she says.

Before Chinese vaccines are given to more people, their safety and effectiveness needs to be firmly established, say Kieny and other scientists.

They have also criticised Sinopharm for claiming its widespread vaccinations under emergency use provisions show that its two jabs are safe and effective. The company says there have been no infections among the tens of thousands of people that it vaccinated before they went abroad to countries affected by the coronavirus, even though no data supporting this claim has been made available.

“I would give personally no credit [to] the results,” says Marie-Paule Kieny, a vaccine researcher at INSERM, France’s national biomedical research agency in Paris.

Conclusions are hard to draw from such observations because there’s a strong risk of bias, says Paul Offit, a vaccine researcher at the Children’s Hospital of Philadelphia in Pennsylvania. Patients who were vaccinated might assume that any flu-like symptoms they have could not have arisen from a SARS-CoV-2 infection, and not report them. “They might just think, ‘I got vaccinated, so it’s probably nothing,’” says Offit.

Sinopharm did not respond to Nature’s requests for comment.

In response to Nature’s questions about whether vaccines might be approved on the basis of those preliminary data, Wu said such data would be only a “small part” of evidence that the regulator uses to evaluate vaccines. “It is also necessary to obtain the valid data of phase III clinical trials to fully assess the safety and effectiveness of the vaccines,” she said.

Wu said that the emergency-use programme started on a small scale and has expanded gradually since July. People who have been vaccinated are being carefully monitored for adverse reactions, and told to continue trying to avoid exposure to the virus, she said.

Publicly available information about the leading vaccine trials has been limited, says Stöhr, which has cast doubts on those efforts. “That is a pity, as I know many colleagues in China who have been working at the highest scientific and medical standards,” he says.