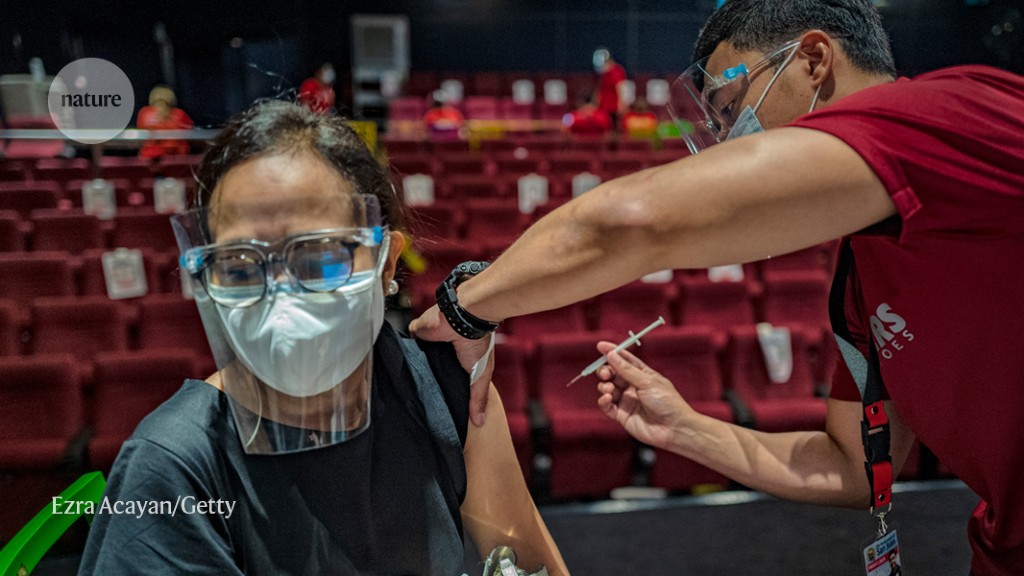 The World Health Organization (WHO) has approved a second Chinese vaccine for emergency use. CoronaVac was found to be 51% effective at preventing COVID-19 in late-stage trials, and researchers say it will be key to curbing the pandemic.

This overall protection is lower than that provided by the seven other vaccines already listed by the WHO. But, importantly, trials suggest that CoronaVac — an inactivated-virus vaccine produced by Beijing-based company Sinovac — is 100% effective at preventing severe disease and death.

“CoronaVac will significantly contribute to the global fight against COVID-19 as a safe and moderately effective SARS-CoV-2 vaccine,” says Murat Akova, a clinical researcher in infectious diseases at Hacettepe University in Ankara.

CoronaVac’s approval, on 1 June, came about a month after the WHO listed another Chinese vaccine, made in Beijing by state-owned firm Sinopharm, which showed an efficacy of 79% against symptomatic disease. Both vaccines are already used widely around the world, and are driving China’s massive internal immunization campaign.

CoronaVac is sustaining vaccination campaigns in more than 40 countries, such as Chile and Botswana. Globally, more than 600 million doses have been delivered. Sinopharm’s vaccine has been approved in many more nations. But WHO emergency approval could now facilitate the further distribution of both vaccines to low-income countries, through the COVID-19 Vaccines Global Access (COVAX) initiative. 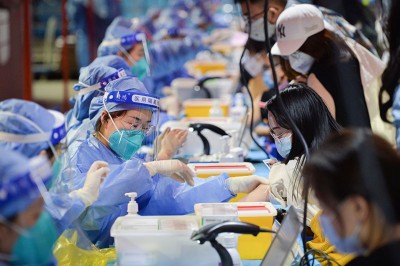 A spokesperson for COVAX member Gavi, the Vaccine Alliance, in Geneva, Switzerland, says: “Gavi welcomes news that [CoronaVac] has been granted WHO Emergency Use Listing, as this means the world has yet another safe and effective tool in the fight against this pandemic.”

The WHO’s efficacy estimate of 51% was based on data from late-stage trials among health-care workers in Brazil, posted online as a preprint1 in April. Of the 9,823 participants included in the analysis, 253 had COVID-19 — 85 in the vaccinated group and 168 among those who received the placebo. None of the vaccinated volunteers was hospitalized or died owing to COVID-19. Smaller, late-stage trials in Indonesia and Turkey have shown higher efficacies of up to 84%.

Preliminary results detailed at a press conference in Brazil on Tuesday from a trial in the town of Serrana, suggest that CoronaVac could make a significant dent in the pandemic. The Butantan Institute in São Paulo conducted the study, in which almost the entire adult population of the town of Serrana was vaccinated with CoronaVac. It found that the vaccine significantly reduced cases of COVID-19, hospitalizations and deaths.

The fact that CoronaVac can protect an entire town, despite nearly 40% of the population commuting daily to areas where the pandemic was raging, is “remarkable evidence” that this vaccine could be “a game changer in controlling the pandemic”, says trial leader Ricardo Palacios, medical director of clinical research at the Butantan Institute.

Both of the approved Chinese vaccines use established technology based on inactivated virus and can be stored at fridge temperatures, which makes them easy to distribute in resource-poor settings — but these kinds of COVID-19 vaccines appear to offer less protection against the disease than do mRNA vaccines, such as that made by pharmaceutical company Pfizer in New York City and biotechnology firm –BioNTech in Mainz, Germany, and the one made by biotech company Moderna in Cambridge, Massachusetts.

Researchers say this could be due to the technology itself. The vaccines use a killed version of SARS-CoV-2 to induce the human body to make antibodies against many regions of the virus. But only some of these antibodies are effective at disabling the virus, says Gagandeep Kang, a virologist at the Christian Medical College in Vellore, India, who also advises the WHO on immunization. 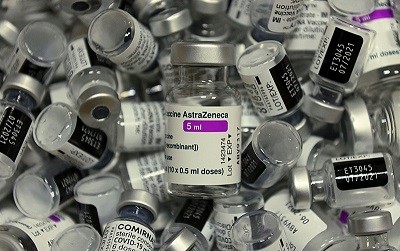 Other platforms induce more targeted responses against specific parts of the virus, which might be why they are more effective. The mRNA vaccines encode the ‘spike’ protein that SARS-CoV-2 uses to enter cells, so they trigger high numbers of antibodies that block that protein.

Most COVID-19 vaccines are given in two doses, and studies are under way to assess whether individuals will need to get booster shots after that. This question might be especially relevant for those who receive inactivated-virus vaccines such as CoronaVac and Sinopharm’s shot because they produce fewer antibodies, scientists say. But the priority for now should be to get as many people vaccinated with their first two doses as possible, says Kang.

The other vaccines that the WHO has approved for emergency use are the Moderna and Pfizer–BioNTech shots, as well as those made by Johnson & Johnson and the University of Oxford and AstraZeneca, and a version of the Oxford–AstraZeneca vaccine known as Covishield, which is produced by the Serum Institute of India in Pune.

Count the cost of disability caused by COVID-19