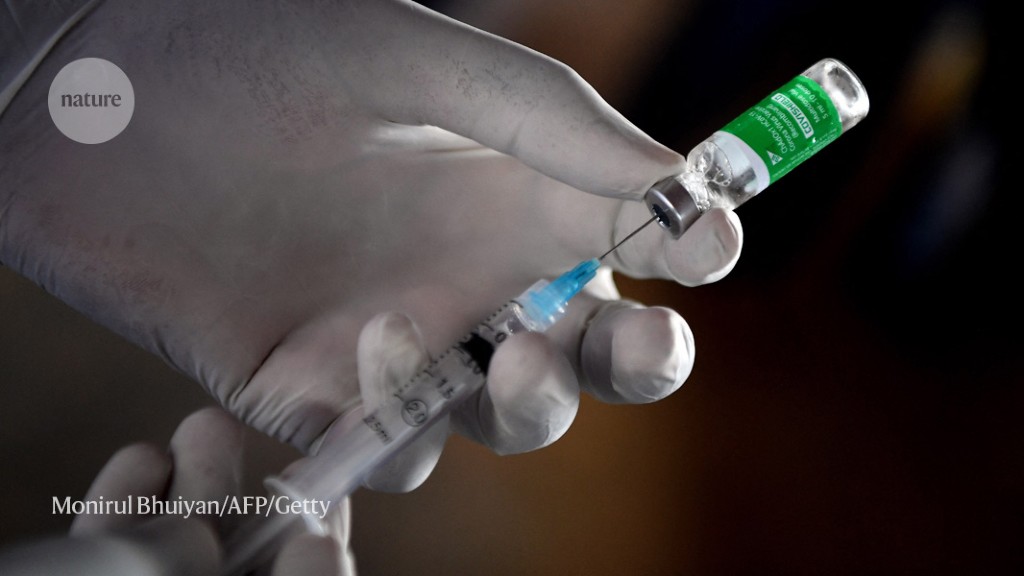 In mid-March, several European countries paused distribution of the COVID-19 vaccine made by the University of Oxford, UK, and the pharmaceutical firm AstraZeneca, following reports that some people had developed blood-clotting disorders after receiving the jab.

The decisions were based on a group of around 20 million vaccinated people in the United Kingdom and European Union, 25 of whom experienced serious blood clots associated with lowered platelet counts, resulting in 9 deaths. However, a review of the cases by the European Medicines Agency (EMA) could not say definitively whether the reported cases were linked to the AstraZeneca vaccine, and concluded that the benefits of the vaccine outweigh any risk. The countries have since resumed vaccinations, although Germany has stopped giving the vaccine to those under 60 after its own safety monitoring systems reported 31 severe blood clots in a group of 2.7 million vaccinated people. 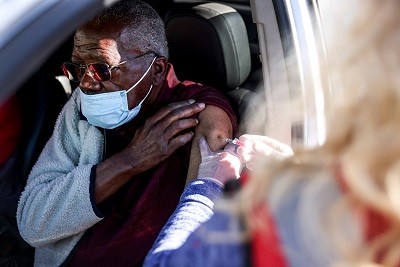 COVID vaccines and safety: what the research says

These events illustrate how fiendishly challenging it is to prove that a medical problem following immunization — known as an ‘adverse event’ — was caused by the vaccine itself. Public-health officials must strike a “delicate balance” when communicating the risk of rare side effects alongside the dangers of severe COVID-19, says vaccinologist Kathryn Edwards at Vanderbilt University School of Medicine in Nashville, Tennessee. Physicians worry about fuelling anti-vaccine movements that are already increasing vaccine hesitancy in some communities. At the same time, it is important not to dismiss the potential for rare but severe side effects until researchers can establish causality, a process that can take years.

Correlation is not causation

In an ideal situation, an adverse event would be directly linked to a vaccine using a specific lab test1. For example, an early version of the polio vaccine, which used a weakened form of the virus to generate immunity, caused roughly 1 person to develop the disease for every 2.4 million doses given. The virus strain used in the vaccine could be isolated from spinal fluid in these cases, says Edwards, so it was clear that the vaccine had caused the disease.

But these kinds of test aren’t possible for most adverse events, either because there aren’t specific biomarkers to test for, or because such tests are impractical. At least initially, the events are only linked by their timing: a person receives a vaccine and then experiences the side effect at some point afterwards. This makes it particularly challenging to prove whether the adverse event was actually caused by the vaccine, Edwards says, especially when the reaction occurs days or weeks after the vaccination itself.

To investigate the link, researchers conduct studies to determine the rate of adverse events in vaccinated populations compared with the probability that they occur by chance in people who haven’t received the vaccine. They also need to determine the mechanism that could have caused the reaction.

During the 2009 H1N1 influenza (or swine flu) pandemic, public-health agencies in Sweden and Finland raised the alarm about an increased rate of narcolepsy — a chronic and debilitating sleep disorder — in children who had received a dose of Pandemrix, a H1N1 vaccine.

Incidents of narcolepsy were reported at a rate of about 1 case per 18,400 vaccine doses, significantly higher than would be expected by chance2. Public-health officials became concerned that a component of the vaccine used to increase the body’s immune response, called an adjuvant, could cause an unintended immune response that triggered the disease. If the adjuvant did contribute to the increased risk of narcolepsy, it would be an important consideration when designing future vaccines. Early studies suggested that Pandemrix did increased the risk of narcolepsy in certain age groups, but the results were too variable to draw broad conclusions.

More than ten years after that pandemic ended, scientists still don’t fully agree about the nature of the link between Pandemrix and narcolepsy. In 2018, vaccinologist Steven Black at Cincinnati Children’s Hospital in Ohio, and a group of international colleagues, published a study concluding that adjuvants alone are not associated with an increased risk of developing narcolepsy3. 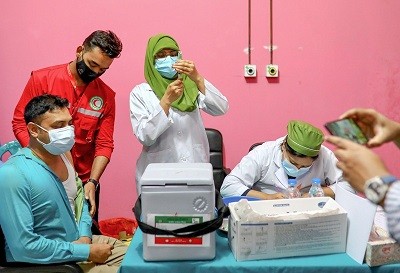 Why COVID vaccines are so difficult to compare

The researchers compared background rates of narcolepsy in seven countries with the rates reported for groups vaccinated with Pandemrix and two other H1N1 vaccines containing adjuvants. They controlled for prevalence of the H1N1 virus in each country, and considered that reports of narcolepsy increased across Europe after people became aware of its potential association with the vaccine. “We did not find any evidence of increased risk within the countries that we studied, except in Sweden where the signal had been originally detected,” Black says.

However, a consensus report published after the International Alliance for Biological Standardization (IABS) 2018 meeting in Brussels, Belgium concluded that the association between Pandemrix and narcolepsy was consistent in the countries where increased risk was reported4. An exact mechanism for the reaction has not been confirmed, although researchers at the meeting deemed it “very likely” that the disease arose from an unforeseen interaction between Pandemrix and the H1N1 virus, Black says.

In the case of COVID-19 vaccines, those that are currently being rolled out were tested in clinical trials with thousands of participants before governments authorized their widespread use. These clinical trials are “set up to answer the questions about efficacy and to assess the rate of quite common adverse events”, such as injection site pain or headaches, says Hilda Bastian, an independent scientist who studies evidence-based medicine in Victoria, Australia. The multiple vaccine specialists interviewed for this story were all keen to emphasize that COVID-19 vaccines are safe and effective for the general population.

But even the largest clinical trials are not designed to detect extremely rare side effects, which might occur in fewer than 1 case per 10,000 vaccinations. Because hundreds of millions of people are now being vaccinated against COVID-19, it makes sense that even very rare events — such as severe allergic reactions or blood clots — will start to appear in safety reports, Bastian says. The challenge now is to work out which of these events are actually linked to the vaccine. 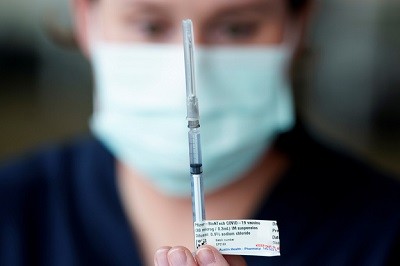 What it will take to vaccinate the world against COVID-19

In the United States, the National Institute of Allergy and Infectious Diseases has begun organizing a clinical trial to understand the allergy risks of COVID-19 vaccines based on messenger RNA (mRNA). The mRNA vaccine made by Pfizer in New York City and BioNTech in Mainz, Germany, is associated with a rate of five cases of severe allergic reaction per million doses, and the one made by Moderna in Cambridge, Massachusetts, is associated with a rate three cases per million doses. Those affected seem to be mainly women and people with a history of allergies.

Stacie Jones, an allergist and immunologist at the University of Arkansas for Medical Sciences in Little Rock, and her colleagues are leading a study at one of 30 locations across the United States to better understand the proportion of these reactions that occur in people with a history of allergies, compared with a control group. These allergic reactions are “extremely rare,” says Jones. If the study does observe an increased rate of severe allergic reactions in this carefully controlled trial, that will allow the researchers “to know who is at risk, and to define that risk” so that physicians can provide better advice, she says.

In Europe, the EMA is convening a meeting of its Pharmacovigilance Risk Assessment Committee to further investigate the rare blood-clotting disorders found in a very small number of people who had the AstraZeneca vaccine, and are due to report their findings in early April. In the meantime, some countries have chosen to add a warning to the vaccine, whereas others — such as Australia — are deferring vaccinations for people with certain conditions.

Currently, public-health agencies keep track of potential side effects through reporting systems such as the World Health Organization’s platform VigiBase, the EMA’s EudraVigilance and the United States’ Vaccine Adverse Event Reporting System. Many countries have systems in which the public and health-care workers can submit reports about side effects that occur after a jab. 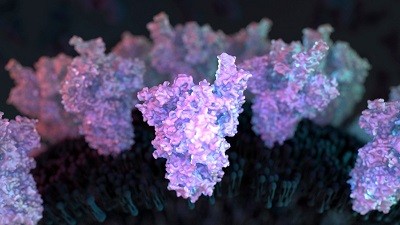 This kind of surveillance can detect signs of rare adverse events, but most systems are not designed to determine their exact cause, says Black. That is because they only contain data for events that have been reported, and lack a comparison group to track adverse events that occur in unvaccinated populations.

A more complete understanding of vaccine safety could be garnered from active surveillance systems that collect adverse event data — both background rates and after a vaccine — from electronic health records without relying on people reporting them directly. For example, the US Centers for Disease Control and Prevention (CDC) collects data from nine health-care organizations across the country in the Vaccine Safety Datalink. In the consensus report from the 2018 IABS meeting, researchers called for an international network of active surveillance systems, which would allow public-health agencies to share data more easily, and hopefully determine the cause of adverse reactions quickly and definitively.

The combination of active surveillance and targeted clinical trials is not just important for assuring the safety of current COVID-19 vaccines, says Jones. These studies will also inform public-health policies around the safety of booster shots or annual vaccinations that might be needed for the duration of the pandemic and beyond.