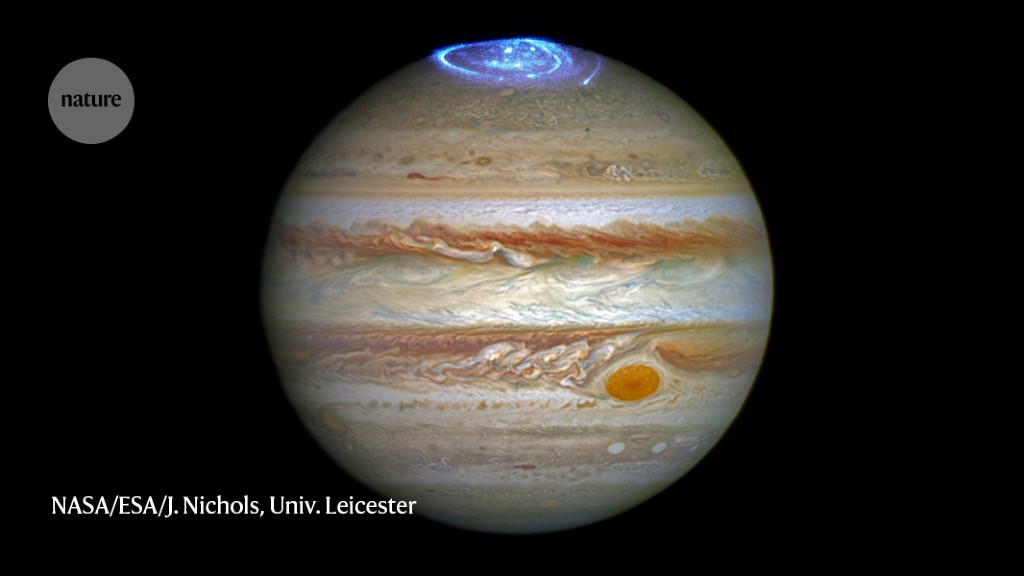 Radio astronomers might have spotted the strongest hint yet that a planet outside the Solar System has auroras similar to Earth’s Northern Lights.

Joseph Callingham at the Leiden Observatory in the Netherlands and his collaborators sifted through data from a sky survey by the Low-Frequency Array (LOFAR), a gigantic array of antennas in northern Europe. To their surprise, the team found several sources of circularly polarized radiation, meaning that the radio signal’s electric fields spiralled like a corkscrew as it travelled across space. Astrophysical objects other than planets are not known to be sources of circularly polarized light with a steady twist, which is the type LOFAR observed.

The most intriguing signal was from CR Draconis, a pair of tightly orbiting red-dwarf stars that are 20 parsecs (65 light years) from Earth. LOFAR had observed the system for 21 periods of around 8 hours each, which revealed radiation in a pattern reminiscent of auroras observed on Jupiter. The astronomers suggest that the effect is produced in the atmosphere of a Jupiter-like planet, or by the rapid rotation of one of the stars.