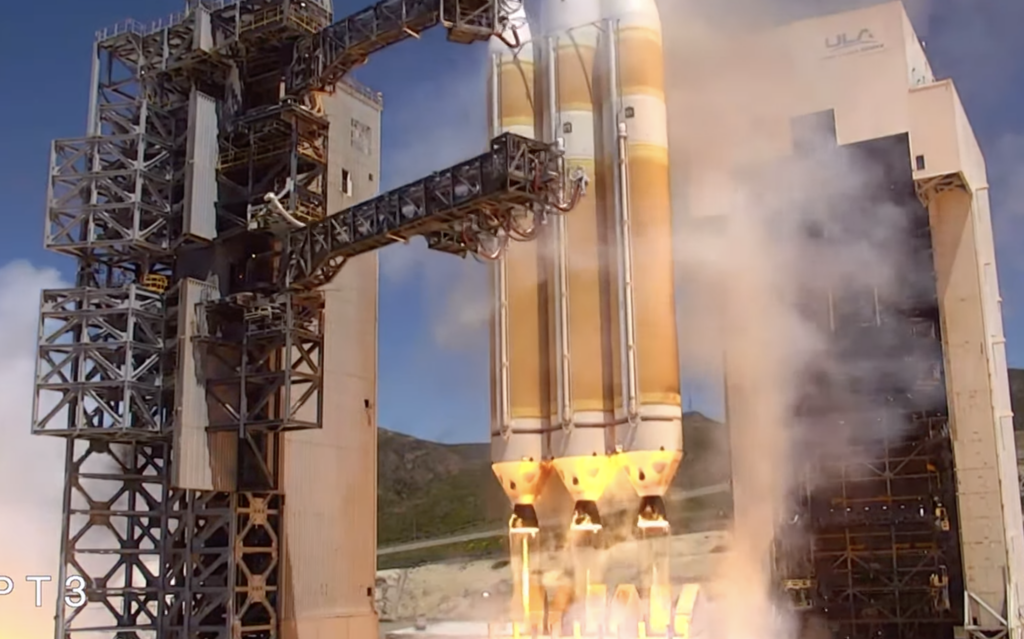 The flight of NROL-82, a classified national security mission, marked ULA’s first launch of the year

The outer boosters of the three-core Delta 4 Heavy separated about four minutes into flight, followed by staging and ignition of the second stage two minutes later.

Per government request, ULA ended the webcast about seven minutes into the flight.

The original liftoff time for NROL-82 of 1:46 p.m. Pacific was delayed by one minute due to a collision avoidance warning. That one-minute window was determined not safe to launch because the trajectory of the ascending rocket and payload would pass too close to another object already in space.

NROL-82 is the first of four remaining Delta 4 Heavy missions that the Space Force contracted with ULA and are projected to be completed by 2024. ULA then plans to retire the Delta 4 Heavy and replace it with the new Vulcan Centaur rocket.

ULA CEO Tory Bruno told reporters in December that the company preemptively tested and refurbished the ground systems at Cape Canaveral and Vandenberg to ensure the final four missions of the Delta 4 Heavy do not encounter these problems again.

This Flat Pasta Morphs into Surprising Shapes As it Cooks
Colonial Pipeline restarts after hack, but supply chain won’t return to normal for a few days
Coronapod: The variant blamed for India’s catastrophic second wave
Is ‘net zero’ much ado about nothing?
Quick Charge Podcast: May 10, 2021