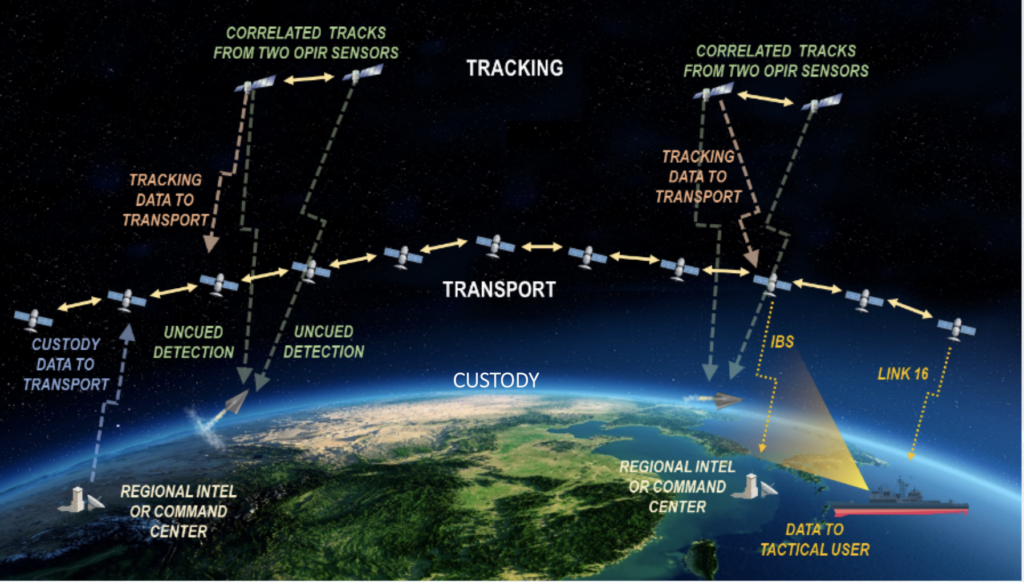 WASHINGTON — The Pentagon’s Space Development Agency will solicit bids for an upcoming procurement of up to 150 satellites to be launched in late 2024, agency director Derek Tournear said March 4.

A request for proposals will be issued in August and multiple contracts could be awarded before the end of the year, Tournear said at a Potomac Officers Club virtual conference.

The SDA is building a fleet of satellites in low Earth orbit that includes a Transport Layer of data-relay satellites and a Tracking Layer of sensor satellites to detect and track missiles. The agency last year ordered 20 transport satellites from Lockheed Martin and York Space Systems; and eight   tracking satellites from L3Harris and SpaceX.

The initial 28 satellites — known as Tranche 0 — will be launched in late 2022. The next procurement of 150 satellites — or Tranche 1 — will launch in late 2024. This will expand the coverage and “provide some real persistence over a given region,” Tournear said.

The specifics of the Tranche 1 procurement — such as what sensors and capabilities these satellites will have — are still being hashed out, Tournear said. SDA officials on March 31 are scheduled to meet with military leaders “to essentially decide what the minimum viable product is for Tranche 1,” he said.

SDA’s primary goal is to provide satellite-based services to military organizations and deployed forces as soon as possible. In that vein, it plans to buy satellite buses and payloads that vendors are already producing rather than develop satellites on spec.

Tournear said SDA wants the industry to invest in technologies for SDA programs with the incentive that there will be frequent procurements. The agency does not want to be in a “vendor lock” situation where it’s dependent on one or two suppliers. Satellites from all vendors have to be interoperable and be able to exchange data through laser or radio communications links.