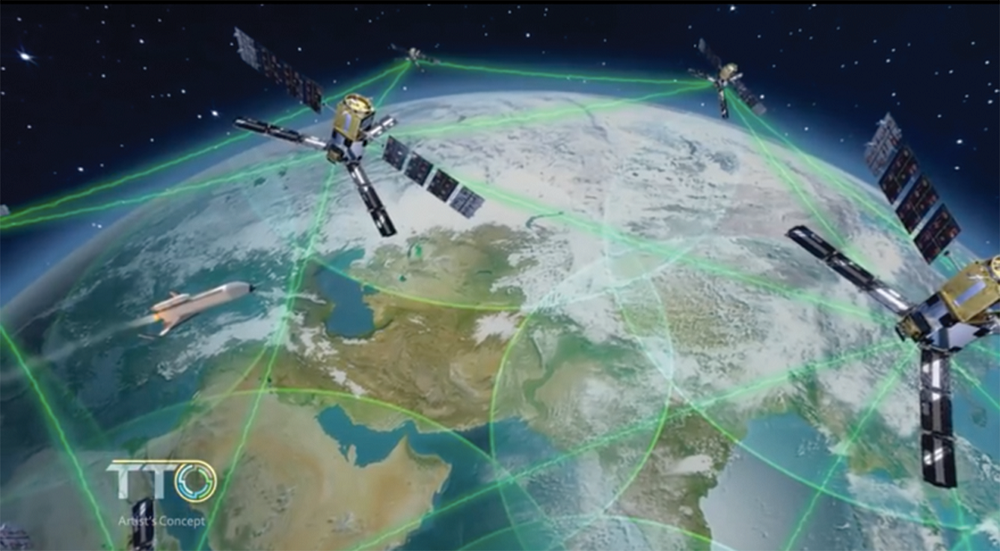 “We’re thrilled to be working with Blue Canyon and DARPA on this project,” ExoTerra CEO Mike VanWoerkom said in a statement. “Being selected by Blue Canyon validates the hard work we’ve been doing to put the production capabilities in place to meet the growing demand for propulsion from constellations of microsatellites like Blackjack.”

ExoTerra has not yet flight proven its Halo Hall-effect thruster, which fits in one-quarter of a cubesat, VanWoerkom told SpaceNews. ExoTerra’s first thruster flight is scheduled for March.

In response to strong demand for the miniature thrusters, ExoTerra moved one year ago into a 1,022 square meter facility in Littleton, Colorado, where the firm has enough manufacturing capacity to produce 200 propulsion units per year in addition to solar arrays and radiation-tolerant electronic control systems.

ExoTerra also is preparing for a 2022 flight test of its own 12-unit cubesat equipped with a compact, high-impulse solar electric propulsion module. NASA is funding the cubesat flight through the Tipping Point program, which supports technologies for sustained moon and Mars exploration.

6 ways to get the best range from your electric car in winter
Reddit channel posts stories of anti-vaxxers dying of Covid, scaring fence-sitters into getting the shot
Gas crisis, labor shortages and supply chain chaos: Post-Brexit Britain faces a difficult winter
Countries of the Indo-Gangetic Plain must unite against air pollution
As Volcanic Eruption Continues, Drone Delivers Food to Stranded Dogs in La Palma Island