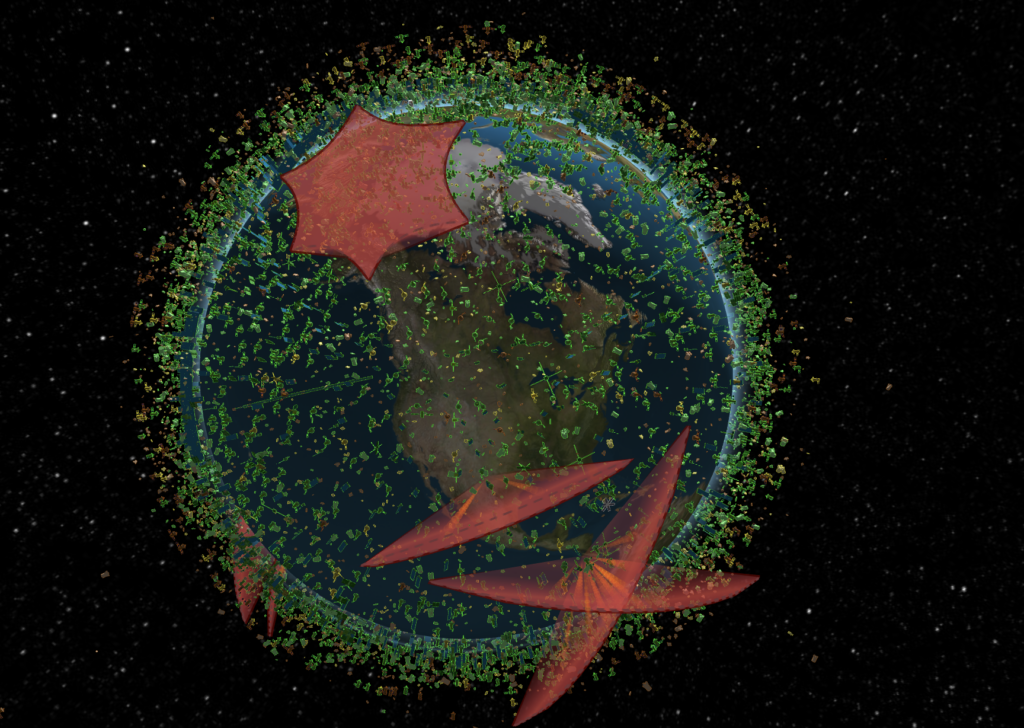 WASHINGTON — Space object-tracking startup LeoLabs is adding more sensors and data processing capacity to its network in preparation for a surge in satellites launches in the coming years, the company’s CEO said April 15.

There are about 2,000 functional satellites today and there will be about 50,000 orbiting the Earth in the next three to five years, said Dan Ceperley, LeoLabs’ chief executive and co-founder.

LeoLabs’ workload will grow dramatically, Ceperley said. The company currently tracks 14,000 satellites and pieces of debris, and expects to be tracking 250,000 two years from now.

LeoLabs operates three space-scanning radars and a cloud-based software platform that analyzes data on the location of space objects to develop alerts of potential collisions. The company’s customers include satellite operators, government agencies and insurance companies.

The three radars are in New Zealand and in the United States, in Texas and Alaska. A fourth is being built in Costa Rica and two more sites planned for 2022 will be announced soon, said Ceperley.

LeoLabs last year launched a collision avoidance service. Ceperley said providing this service — which requires predicting the trajectory of objects and alerting customers if their satellites are in danger of colliding with debris — would not be possible without the AWS cloud platform.

“We’re actually talking about being able to check a satellite and its trajectory against 14,000 other satellites or pieces of debris today,” he said.

“Over the next couple years, we’ll be able to check that satellite’s trajectory against up to 250,000 other satellites and pieces of debris,” he added. “This is a task that frankly used to be impossible because we weren’t able to scale up the computing resources to be able to do that in any sort of reasonable amount of time.”

Ceperley explained that in order to maneuver satellites out of harm’s way, operators need to to know about potential hazards days in advance. They can’t swerve at the last second to avoid a collision, Ceperley said. “Things are moving way too fast for that to happen.”

In low Earth orbit, objects fly at 17,000 miles per hour. “So when we talk about collision avoidance, we actually talk about predicting up to seven days into the future to let a satellite operator know that there’s going to be a risky close approach,” Ceperley said. “We’re basically predicting hundreds of laps around the Earth into the future.”

In the coming years, LeoLabs will add new services aimed emerging industries like satellite servicing and active debris removal. These companies will launch satellites to space that will approach and dock with another satellite in order to fix it or to refuel it, or if it’s a piece of debris to tow it down into the atmosphere so it burns up.

“This is an industry that’s just starting, it’s going through some proof of concept missions right now, but I think it’s going to be an incredible tool for the entire industry,” said Ceperley.

LeoLabs developed a “proximity operations tool” for satellite navigation when they approach other satellites. “Being able to navigate and dock with a satellite is actually quite tricky,” he said.

The company that is rapidly populating low Earth orbit, SpaceX, signed an agreement with LeoLabs to track SpaceX’s Starlink satellites after they’re released. SpaceX deploys batches of up to 60 satellites per launch.

“It’s critical to track those satellites very quickly so that they can be safely maneuvered out of the pack and off into the orbit that they need to be in,” he said.

These huge rideshares are going to become the norm, said Ceperley. A space revolution is under way with satellites delivering innovative new services, he said. “These are the services and satellites that we want to protect.”