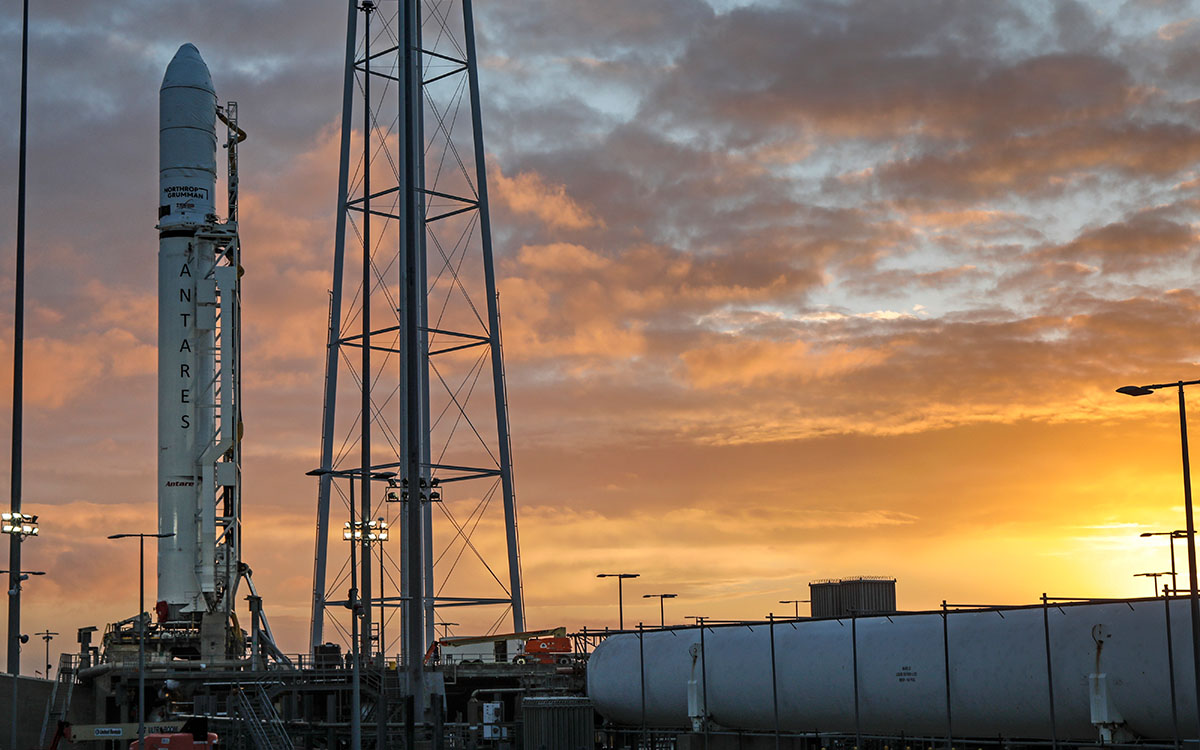 WASHINGTON — Northrop Grumman’s next cargo delivery mission to the International Space Station will carry a Space Development Agency payload to collect data for the development of missile-tracking sensors.

The experiment known as Persistent Infrared Payload is scheduled to launch in July on the NG-16 Cygnus cargo mission on a Northrop Grumman Antares rocket from Wallops Island, Virginia.

Northrop Grumman received a $13.8 million contract in June from the Space Development Agency for this experiment.

The Prototype Infrared Payload will collect sample data to develop algorithms that sensors will use to identify hypersonic missiles flying in low orbits.

A Northrop Grumman spokesperson said the data will be collected during the Cygnus resupply mission shortly after berthing with the ISS until the end of the mission which can last about three months.

The experiment is related to Northrop Grumman’s work for the Missile Defense Agency in the program known as Hypersonic and Ballistic Tracking Space Sensors.

MDA awarded Northrop Grumman and L3Harris contracts to build sensor satellites to be deployed in low Earth orbit in July 2023. The agency will test the capabilities of the sensors to track hypersonic and dim upper-stage ballistic missiles. The MDA satellites will be part of a larger missile warning network that will include Space Development Agency missile tracking satellites being developed by L3Harris and SpaceX.

The ISS experiment is significant because the payload will collect sample data from the low Earth orbit environment that is needed to develop algorithms for space-based infrared sensors.

The Prototype Infrared Payload is one of several experiments the Space Development Agency plans to launch this year as is prepares to begin deploying a mesh network of satellites in low Earth orbit in 2022.

A key demonstration scheduled to fly this summer is for optical inter-satellite links that use lasers to beam data across space — a technology that the agency’s director Derek Tournear called a “top risk” item in the development of the constellation.

The goal is to connect hundreds of satellites in space and to ground stations with ultra-high broadband laser links.

The Space Development Agency is working with the Defense Advanced Research Projects Agency on this effort and has issued several solicitations seeking information from companies on the state of the technology. The agency also has published technical standards for contractors to follow to make sure optical links from different vendors are compatible.

Laser communications systems have much faster data transmission rates than radio-based systems but DoD has concerns such as the effects of space radiation on optical terminals and whether the electronics can withstand the stress of space launch.

Another concern is the performance of small low-power terminals now being developed for low Earth orbit satellites. There are still questions on how they perform the handoff of data so there is no confusion about, for example, the location of an incoming enemy missile that a satellite is tracking.

The experiments in space are going to be helpful in uncovering potential problems, Linda Braun, vice president of Photonic Solutions at CACI, told SpaceNews.

The standards for optical links published by the Space Development Agency are “enormously helpful to help ensure interoperability between the different space networks and vendors,” said Braun. However, the standards will need “more detail to best ensure interoperability” as well as the ability to transmit data at accelerated speeds and withstand both space launch and flight.

Why Is Elon Musk Targeting 20 Million Tesla Sales A Year By 2030?
Invasive Species: Pest Plants and Animals Caused $1.7 Trillion in Damages Worldwide
‘No one was driving’ in Tesla crash that killed two men in Spring, Texas, report says
Experts: Taiwan Earthquakes Triggered by Seasonal Changes in the Levels of Water
Shell says electric vehicles will be crucial in its efforts to lower carbon emissions