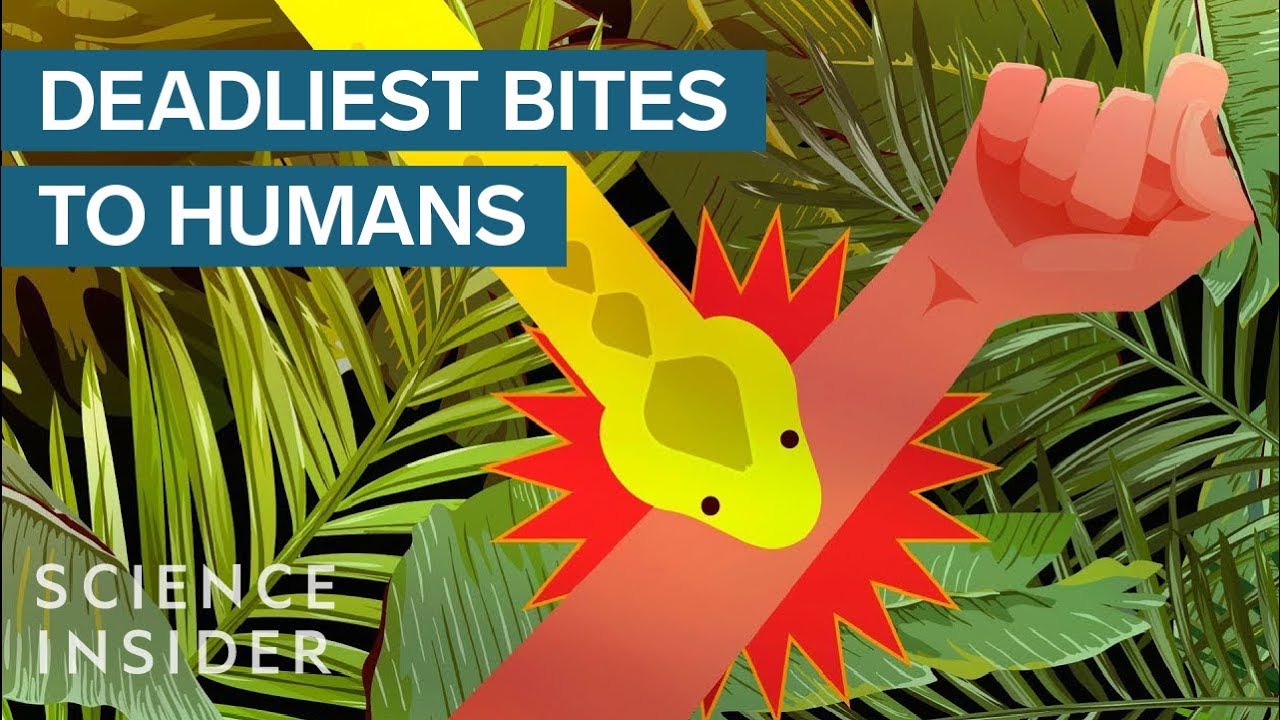 Video
Share on Facebook
Share on Twitter
Share on Pinterest
Share on LinkedIn
Some of the world’s deadliest animals have venom that’s thousands of times more toxic than cyanide and can kill a human in minutes. Brown snakes, funnel web spiders, and blue-ringed octopuses are among the animals that you do not want to mess with. We spoke with Steve Trim at Venomtech (www.venomtech.co.uk) who helped us rank some of the deadliest bites to humans on Earth.

Science Insider tells you all you need to know about science: space, medicine, biotech, physiology, and more.

Following is a transcript of the video:

You’ve been bitten! And uh oh, it’s venomous! How long have you got?

Well, that depends on a few factors including the potency, dose delivered and speed of distribution. Turns out, not all Venoms act the same way. Here are the animals with the fastest-acting venom on Earth.

There are around 40,000 species of spider and most are venomous. But, thankfully, only a handful pose a threat to humans. Including the male Sydney funnel-web spider.

Its venom is 60 times as potent as cyanide and can kill a human in 1-2 hours. The venom attacks the nervous system kicking it into overdrive until — ultimately — it shuts down!

Of course, spiders aren’t the only venomous animals in Australia. It’s home to 20 of the world’s 25 deadliest snakes. Including the Eastern brown snake, which is responsible for the most snakebite deaths in the country.

Its venom is 8,000 times stronger than cyanide and can kill a human in about one hour. Its venom also attacks the central nervous system but this time it slows everything down.

And to top it off, the venom has a coagulant that causes the blood in your veins and arteries to clot. Between the two, it’s not a good way to go.

Now, at this point, you might consider switching your Australian safari to a scuba dive just to be on the safe side. But, turns out venomous animals live in Australian waters too.

Its venom is 1,000 times more toxic than cyanide and it’ll bring down a human in just 20-40 minutes. Bacteria in its saliva make an extremely potent neurotoxin which paralyzes your muscles. And once that paralysis hits your diaphragm and rib muscles, you only have a few minutes before you suffocate to death.

No, the fastest-acting venom on Earth belongs to the Australian Box Jellyfish or sea wasp.

It’s not the most potent venom out there. But encounter one of these guys and you’ll be dead in 15 minutes.

That’s all because of these things They’re COVERED with tiny, venom-loaded darts, called nematocysts.

Which shoot heart-stopping toxins into the body wherever they make contact.

All of this sounds pretty scary, but remember you’re less likely to die by venomous snails than by car crashes, an infection, or disease.

And it’s not like these animals are after you anyways. They’d just as well prefer that you stick to your own habitat.

But still be smart, be respectful, be safe.